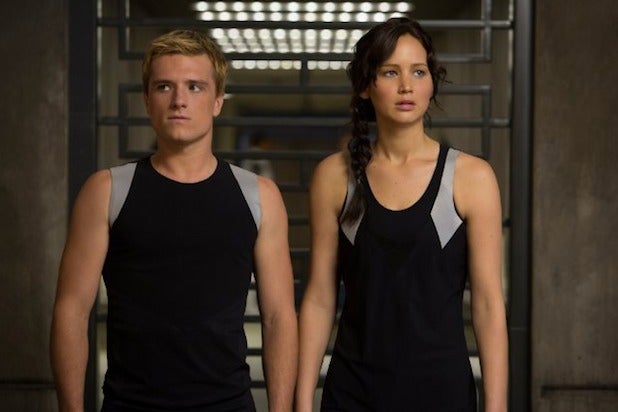 Katniss Everdeen and Peeta Mellark aren’t as important as they think they in a new clip from “The Hunger Games: Catching Fire.”

Haymitch Abernathy (Woody Harrelson) sets them both straight in a video posted on the Lionsgate movie’s Facebook.

“From now on, your job is to be a distraction, so people forget what the real problems are,” Abernathy says.

In more bad news, Everdeen (Jennifer Lawrence) and Mellark (Josh Hutcherson) will serve as distractions for the rest of their lives.

“This trip, girl, wake up!  This trip doesn’t end when you get back home,” Abernathy says.  “You never get off this train.  You two are mentors now.”

The sequel takes place as the two Hunger Games winners embark on a victory tour through the 12 districts of Panem and prepare to go back to battle in the 75th annual Hunger Games competition, the Quarter Quell. With the events of the first film inspiring the people to revolt, President Snow (Donald Sutherland) is plotting Katniss’ death.