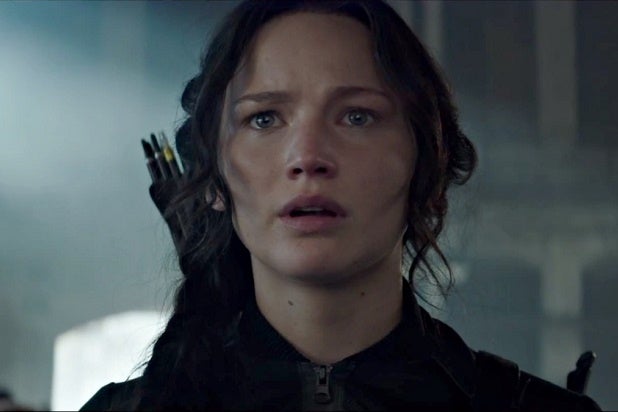 “The Hunger Games: Mockingjay – Part 1” has been cleared for release in China, and the Lionsgate blockbuster will open there on February 8 in what should provide a major boost to the film’s bottom line.

The announcement was made Tuesday by Lionsgate Motion Picture Group Co-Chairs Patrick Wachsberger and Rob Friedman.

The film, imported to China by China Film Group and jointly distributed by China Film Group, Huaxia Film Distribution and Lionsgate’s Beijing-based promotional partner Talent International Film Co. Ltd., will debut in over 4,000 theatres across the country. That will make it the biggest “Hunger Games” rollout to date in China and the first installment to be released in 3D.

“Mockingjay – Part 1” posted the biggest opening weekend of 2014 in North America ($121.9 million) and the third-biggest five-day Thanksgiving weekend of all time ($82.7 million) on its way to a worldwide box office of $700 million and counting. The young adult sci-fi adventure starring Jennifer Lawrence has already grossed approximately $325 million domestically and $375 million internationally, and the China run will add to that.

The first “Hunger Games” took in $27 million from China in 2012, and “Catching Fire” grossed $28 million there. “Mockingjay” will likely top those totals, since the number of theaters there has increased greatly and there will be premium charges from 3D this time.

“Mockingjay – Part 1” is directed by Francis Lawrence and co-stars Liam Hemsworth, Josh Hutcherson, Sam Claflin, Woody Harrelson and the late Philip Seymour Hoffman. It’s based on the third book in Suzanne Collins’ trilogy that has already sold more than 82 million copies around the world.

The franchise finale, “Mockingjay – Part 2,” is slated for worldwide release on November 20.