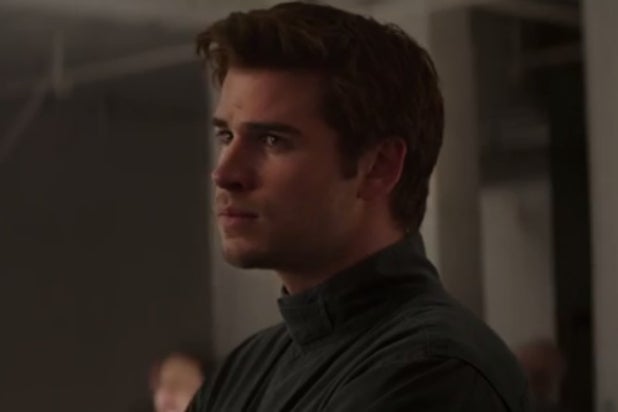 Those eagerly anticipating the next installment of the “Hunger Games” film franchise can thank nacho cheese snack chip company Doritos for the below brief clip.

The unlocked preview, totaling about 30-seconds in runtime, includes previously seen trailer footage. But then there is the continued juxtaposition of Peeta Mellark (Josh Hutcherson) and Gale Hawthorne (Liam Hemsworth) as polar opposites, with the latter chiding the former for asking the rebellion to drop their weapons — whether or not he was forced to do so by the Capitol.

“Everyone has a choice Katniss, and I’d rather die than say what he just said,” Hawthorne insists.

“When you love somebody you don’t leave them behind,” Katniss Everdeen (Jennifer Lawrence) replies.

“The Hunger Games: Mockingjay – Part 1” will set fire to theaters on Nov. 21.