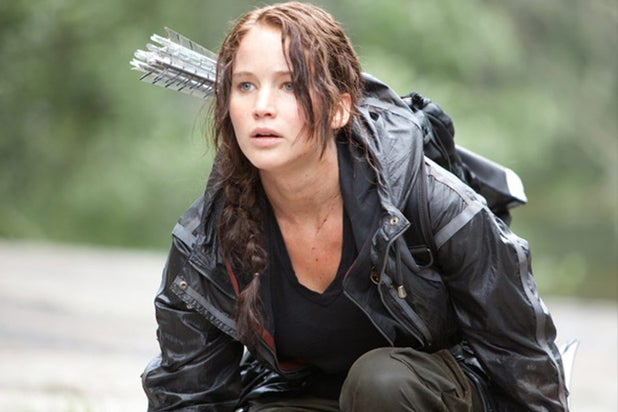 “The Hunger Games” is coming to a stage near you. Or, maybe not so near, unless you live in London.

Lionsgate has joined forces with Dutch media company Imagine Nation and U.S.-based Triangular Entertainment to take the franchise to a new purpose-built theater next to Wembley Stadium in 2016. The show and house will utilize “innovative and immersive staging techniques,” the companies said on Friday.

“The Hunger Games” theatrical experience will be produced by Robin de Levita, co-founder of Imagine Nation, whose “Soldier of Orange” musical sees the audience sitting in a 360-degree rotating auditorium that turns from set to set. Another of de Levita’s unique experiences, “Anne” — the first authorized play in 55 years based on “The Diary of Anne Frank” — also uses rotating life-sized stage sets.

The first two installments of the blockbuster “Hunger Games” franchise have grossed more than $1.5 billion at the worldwide box office. “The Hunger Games: Mockingjay – Part 1” will be released worldwide on Nov. 21, directed by Francis Lawrence and starring Jennifer Lawrence, Josh Hutcherson, Liam Hemsworth and Woody Harrelson.

“Robin de Levita and the entire production team are the perfect partners for extending ‘The Hunger Games’ franchise into a live theatrical experience,” said Lionsgate Chief Marketing Officer Tim Palen. “Their creative genius, combined with world-class production values and state-of-the-art technology will provide a uniquely immersive experience for fans around the world.”

“I’m thrilled to be partnering with an innovative next generation studio like Lionsgate on a property that resonates so deeply with global audiences,” added De Levita. “The theater is a fantastic medium to bring the many meaningful layers of Suzanne Collins‘ writing to life.”