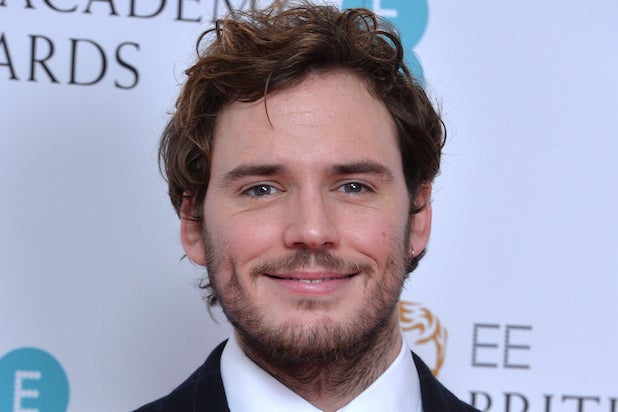 With “The Hunger Games” and “Pirates of the Caribbean” franchises under his belt, Sam Claflin has set his sights on a new challenge — starring in “Robin Friday,” a biopic of the soccer legend.

Oscar-nominated filmmaker Henry-Alex Rubin (“Murderball”) will direct from a script by Julian Stone and Paolo Hewitt of RF Movie Productions. Stone and Hewitt will also produce with Mike Yiung.

Financing partners include Global Film Partners’ Daniel Koefoed and Guirec van Slingelandt, Telegael’s Paul Cummings and 9Magnan’s Meghana Gupta. Scheduled for a fall shoot in the U.K., the feature film was developed with funding and support from Film Cymru Wales.

CAA, which packaged and arranged financing for “Robin Friday,” will represent the film’s North American rights.

The film is based on the biography “The Greatest Footballer You Never Saw: The Robin Friday Story,” which was co-written by Hewitt. Additional casting is underway to bring an authentic soccer presence to Robin Friday’s world including casting real life professional soccer players.

Claflin will play Robin Friday, the controversial and wild English soccer legend who played for Reading and Cardiff, Wales in the 1970s and died tragically at the young age of 38. Friday’s short-lived, but brilliant talent continues to be remembered by his fans, and in 2004 he was voted “all time cult hero” in a BBC poll. He was just as well known for his hedonistic lifestyle off the field and was named #1 in a Channel 4 list of soccer “Bad Boys.”

“This will not just be a film about cheering a goal, but about tears and laughs and music and silence and anger and love … because this working-class hero with outrageous talent lived it all. It was a time before the age of privileged athletes, a time when the fans lived next door to their heroes. As Robin Friday walked down the streets of the 70’s, everybody wanted to be him. But quite frankly, no one else had the balls,” said Stone.

“Robin Friday’s legacy continues to live on today and is a story tailor-made for the big screen given the larger-than-life energy which Friday brought to the sport and his life. The talented Sam Claflin is the perfect actor to fill the shoes of this British legend due to his background in the sport prior to pursuing his acting career,” added de Barros.

Claflin will next be seen in “The Hunger Games: Mockingjay – Part 2,” the final installment of Lionsgate’s global box office phenomenon. He recently starred in Lone Scherfig’s “The Riot Club” and the indie “Love, Rosie.” He’s currently shooting “Me Before You” with Emilia Clarke and Janet McTeer for New Line, then will next film “Their Finest Hour and a Half,” which reteams him with Scherfig.

Rubin previously directed “Disconnect” which premiered at the Venice Film Festival and Toronto International Festivals, and was released in the U.S. in 2012. The film starred Jason Bateman, Alexander Skarsgård, Paula Patton and Andrea Riseborough. Rubin, who is also an award-winning commercials director, previously directed the Oscar-nominated documentary “Murderball.”

Young is an award-winning animation producer who’s currently in production on the feature animated film “Norm of the North,” which features the voices of Rob Schneider, Heather Graham, Ken Jeong and Bill Nighy. Lionsgate will release the film in January 2016.

Hewitt is a well known music journalist who has also written three “football” books. His novel “The Mumper” was turned into a film starring the late Bob Hoskins.

As a producer, Stone was instrumental in setting up Neal Shusterman’s “Unwind” series of books at Constantin Film, and is developing Shusterman’s “Bruiser” as well as the historical drama “Savage,” based on the book “Savage: The Life and Times of Jemmy Button.” On stage, he played Harry in Tracy Letts’ stage play “Man from Nebraska,” as directed by William Friedkin.

Established in 1988, Telegael is a multi-Emmy and IFTA award-winning studio engaged in film, television and animation production. Based in Galway, Telegael partners with international studios, distributors and broadcasters to develop, co-finance and co-produce animation and live-action content for the global market.

9Magnum, represented by Meghana Gupte, is a production finance entity based in Pune, India with equity, bridge and senior debt capabilities at its disposal to finance international film projects. It looks to produce strong, commercial and director-driven material, to which Meghana brings her experience in the film and animation industry in the US.