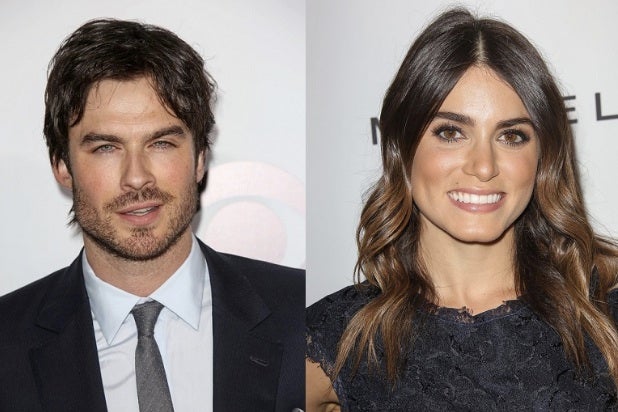 Ian Somerhalder has taken a vampire bite out of love as he and “Twilight” actress Nikki Reed are engaged, according to reports.

The 36-year-old “Vampire Diaries” star and 26-year-old Reed have officially been together for six months.

Somerhalder and Reed shared their happiness on his Instagram Jan. 8th.

“How I spent my New Year’s Day,” he wrote smiling next to Reed and two pups.

“Thank you all for giving me so much strength-we’re ready to kick major ass and make a great future starting now. Happy 1st week of the New Year – I hope you’re on track with making your future the most sustainable and harmonious one possible … Love, Ian”