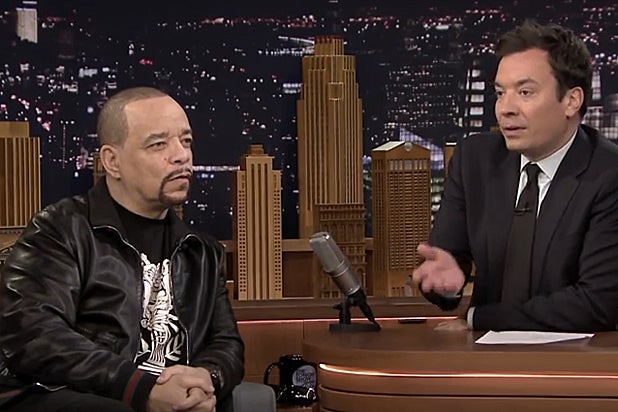 Once again, Ice-T is claiming to have voiced some of the most beloved cartoons from our childhood.

However, it’s hard to recall the “Law and Order: SVU” star’s unique voiceover skills on these animated shows — so Jimmy Fallon provided a subtle reminder on Wednesday’s “Tonight Show.”

First there is “Peanuts,” where Ice-T‘s S’mores toasting character claims: “Charlie Brown is straight up baked.”

Next is a clip where Ice-T‘s Batman tells Robin to “man the f–k up,” which allegedly aired on a Saturday morning.

Then on “DuckTales,” his Scrooge McDuck informs grandnephews Huey, Dewey and Louie that he has a Tinder date coming over and they are going to “Netflix and chill … that means f–k.”

Finally, “SpongeBob SquarePants” gets an Ice-T makeover — and you can easily imagine how that ended up.