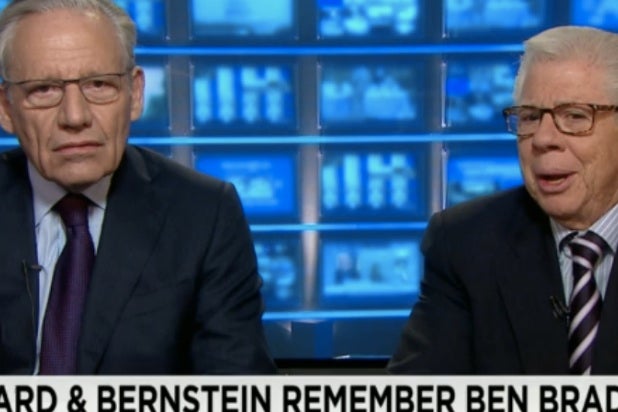 “He was a unique editor and a unique person and he viewed the world like the young reporter he started as,” Bernstein said on CNN’s “New Day.” His partner on the Watergate story, Woodward, echoed his sentiments.

“He raised the standards; he was always asking us not what the White House spokesman said, but how about people on the scene like the treasurer for the Nixon campaign, the bookkeeper, people in the FBI who were investigating this. There was a sense of an interrogation.”

Also read: The Washington Post’s Site Slow Down — Do Woodward and Bernstein Have Facebook?

The two noted how gutsy it was for Bradlee to greenlight their Watergate story: “He was like a great general, the military cliche analogy holds here. He was so calm under fire that we were able to do our jobs,” Bernstein added.

Bradlee was executive editor at The Washington Post for 26 years. He held the title of vice president at large until his death.