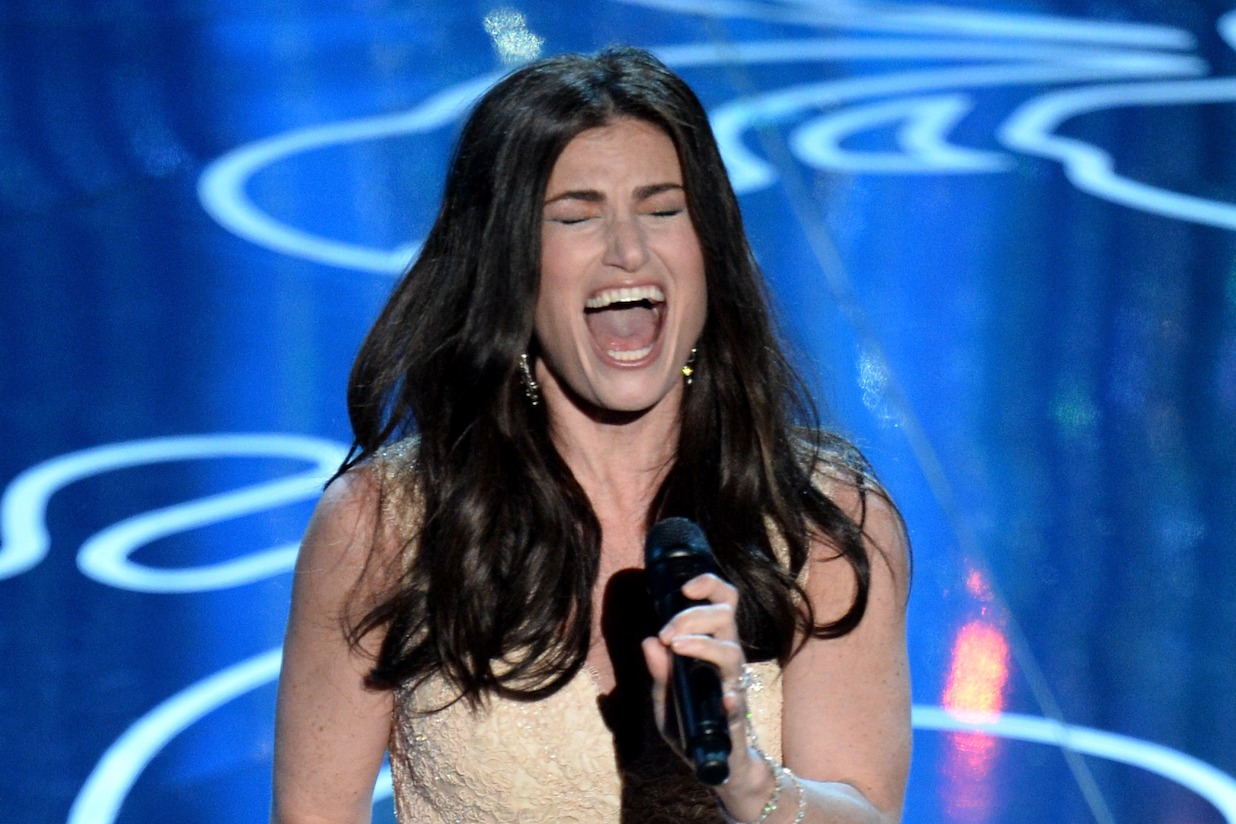 Travolta’s botched introduction of Menzel, during which he called her something that sounded like “Adele Dazeem,” instantly went viral.

That gave the marketing team behind “If/Then,” which marks Menzel’s return to the Great White Way after nearly a decade, an opportunity to have a little fun. The musical’s social media mavens whipped up a poster for the new musical with the tagline, “You Know Her Name.” It also featured a photo of the actress performing the Oscar-winning song from “Frozen.”

“If/Then” is a new musical about an urban planner who shakes up her life  — something of a dicey proposition in today’s Broadway environment. Shows either tend to be adaptations of hit films, such as “Rocky” and “Bullets Over Broadway” — two other musicals opening this spring — or else they carry star wattage, such as the upcoming revival of “Cabaret” with Oscar-nominee Michelle Williams.

To that end, “If/Then” heavily promoted Menzel’s Oscar appearance as a way to draw attention to the show. Video of her singing “Let It Go” is on the musical’s Facebook page, and in the days leading up to her appearance on the Oscars, “If/Then’s” promotional team teased her upcoming turn in the spotlight.

Menzel is unknown to more than just the Travolta household. However, she previously headlined the Broadway smash “Wicked” and “Frozen” is one of the biggest hits in Walt Disney history, having earned $1 billion at the worldwide box office. She may be one more killer song or, barring that, one more introductory gaffe away from stardom.

“If/Then” will open on Broadway at the Richard Rogers Theatre on March 5th.