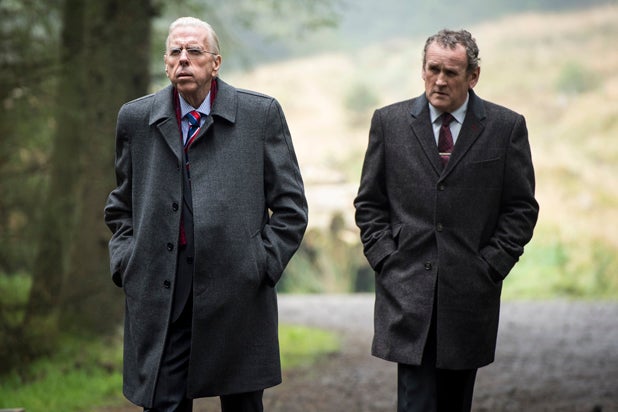 IFC Films has acquired the North American rights to “The Journey,” a real-life drama that follows the unlikely friendship between sworn political enemies Ian Paisley and Martin McGuinness at the conclusion of “the troubles” in Northern Ireland.

After 40 years of violence in Northern Ireland, loyalist leader Paisley and former Irish Republican Army Commander McGuinness meet at St. Andrews to hammer out a peace agreement. While the talks are buckling, the two men take a car ride together, where they begin to break down walls and sow the seeds of a future friendship.

“I’m excited that ‘The Journey’ will have such a prestigious and intelligent distributor behind the film,” Hamm said in a statement. “It’s a powerful story about peace and reconciliation that I’m thrilled will be seen by a wide audience, and I couldn’t wish for a better partner than IFC Films.”

“We at IFC Films were immediately enthralled with the film and are always excited at the opportunity to work once more with IM Global. Timothy Spall and Colm Meaney imbue their characters with such charisma and provide a master class in acting,” Jonathan Sehring, co-president of IFC Films and Sundance Selects, said in the statement.

CAA was involved in brokering the deal. IFC Films’ EVP of acquisitions and productions, Arianna Bocco, handled the negotiations on the studio side, and IM Global worked on behalf of the filmmakers.

The movie will hit theaters in mid-2017.