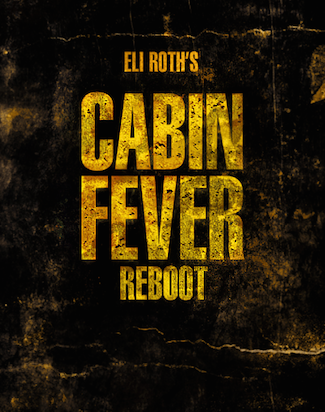 IFC Midnight has acquired North American rights to Travis Z’s “Cabin Fever,” a reboot of Eli Roth‘s 2002 film of the same name that was co-written and executive produced by Roth.

The reboot, which will be released in 2016, stars stars Gage Golightly, Matthew Daddario, Samuel Davis, Nadine Crocker, and Dustin Ingram.

Travis Z directed from a script by Roth and Randy Pearlstein, based on a story by Roth. The film was produced by Evan Astrowsky, Christopher Lemole and Tim Zajaros, and executive produced by Roth, Cassian Elwes, Jerry Fruchtman, Peter Fruchtman and Ike and Jaclyn Suri.

“Cabin Fever” follows a group of five college graduates who rent a cabin in the woods where all hell breaks loose as the group falls victim to a flesh-eating virus that attracts the unwanted attention of the homicidal locals.

“It was a great opportunity to recreate an iconic film for a new generation of horror fans. I am a die hard fan of horror films and the king of horror Eli Roth trusted me to re-imagine his film. I was not going to fail,” said Travis Z.

The deal was negotiated with WME Global on behalf of the filmmakers.