Iggy Azalea came back from a brief social media hiatus on Monday, issuing a statement on Twitter regarding some topless photos of her that leaked online over the weekend, only to disappear from social media again moments later.

The 28-year-old Australian rapper, who’s real name is Amethyst Amelia Kelly, suspended her Instagram and Twitter accounts on Monday, one day after partially nude photos from a GQ photo shoot with her were leaked online. She reactivated her Twitter account hours later to issue a statement on the leak before deleting the account again minutes later.

In the statement, Azalea said she plans to press criminal charges against the person or persons responsible for the leak.

Also Read: Watch Leslie Jones Lay It All Out There In 'SNL' Rant about Hacked Nudes (Video)

“I feel blind sided, embarrassed, violated, angry, sad, and million other things. Not solely because I did not consent to this, but because of the vile way people have reacted,” Azalea said in a statement posted to Twitter. “The outright wicked things people say is overwhelming and makes me feel like throwing up.

“I fully intend to find out where the leak originated from and pressing criminal charges in regards to this,” she continued. “It’s important to me that someone actually be held accountable for their actions and the way it impacts my life.”

Representatives for Azalea did not immediately respond to TheWrap’s requests for comment.

The photos, Azalea said, were from a 2016 GQ cover shoot. “There was no reason for anyone to have kept the outtakes from the shoot,” she said.

Also Read: Jennifer Lawrence on Why She Bared All for 'Red Sparrow' After Nude Photo Hack: 'I Felt Empowered'

The leak of Azalea’s photos joins a string of others female celebrities who’ve had similar problems, such as Jennifer Lawrence, Gabrielle Union, Leslie Jones and Kate Upton, among others.

It also comes as the artist prepares to release her second studio album “In My Defense.” Azalea, who also appeared in Universal Pictures’ “Furious 7,” released the first single, “Sally Walker,” from the album in March and a second single titled “Started” earlier this month.

The “Fancy” rapper’s new album, the follow up to her 2014 breakthrough album “The New Classic,” is expected to come out in June. 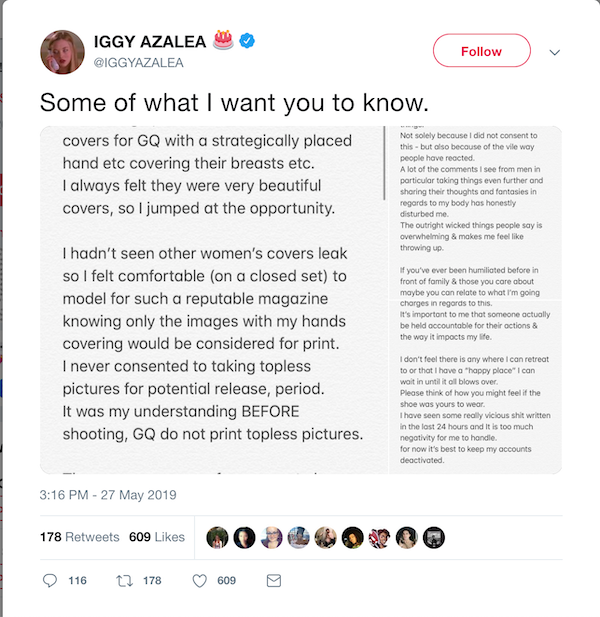 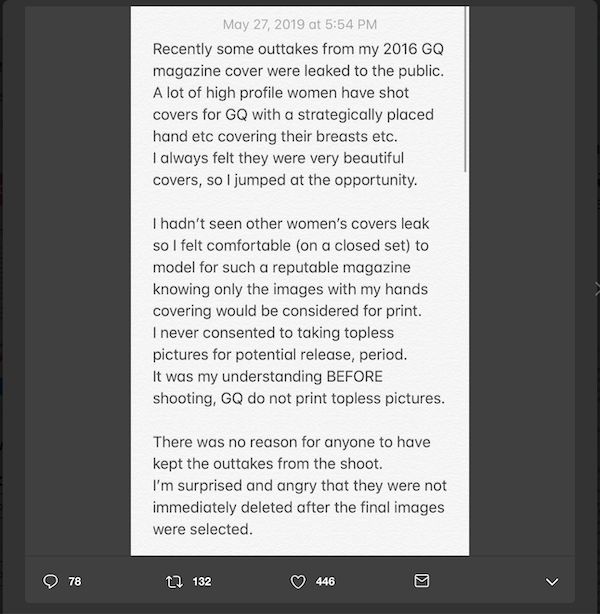 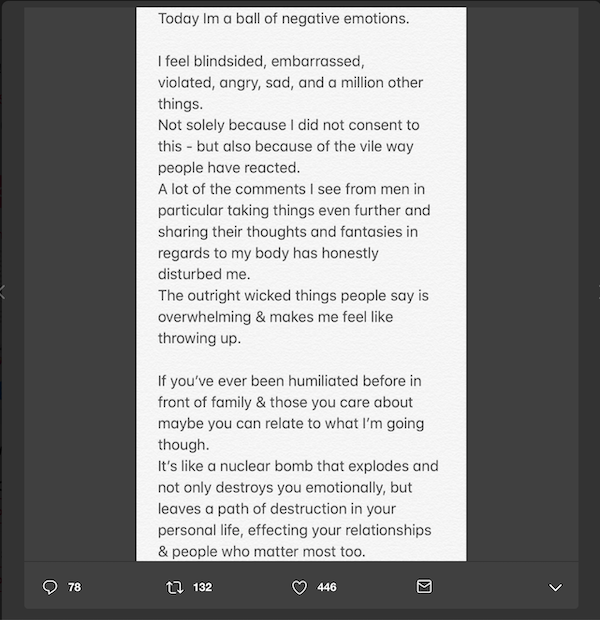 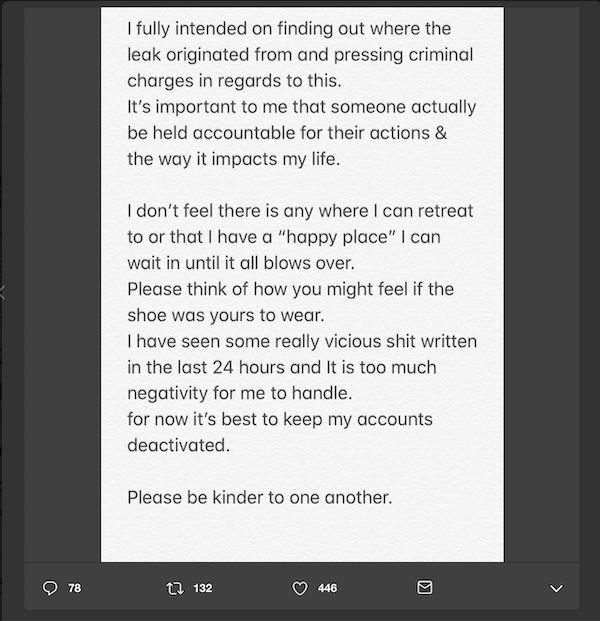