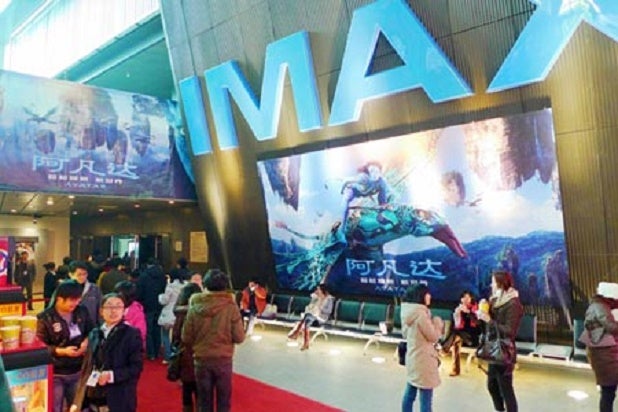 IMAX, which has weathered a slow summer at the box office, reported a second-quarter profit and revenue that surpassed expectations.

Analysts on average expected a per-share profit of 17 cents on revenue of $86.7 million. Adjusted earnings per share were 18 cents per share.

Experts predicted a weak Q2 after box office receipts have declined 20 percent during the period, which has been called a summer slump at the box office.

IMAX CEO Richard Gelfond boldly proclaimed during the company’s Q1 earnings call that a big second quarter was coming, due to hits including Disney’s “The Jungle Book” and Disney-Marvel’s “Captain America.”

But that did not come to pass.

On Wednesday, Gelfond emphasized the future of the company, noting that more recent deal signings will lead to more IMAX screen installs, “which will lead to more box office, and, ultimately, to greater revenue.”

Also Read: 11 Movies That Could Save the Summer (Photos)

He also pointed to greater overall box office receipts, expected in the future months and years.

There were 95 theaters signed in the second quarter, he said, adding, “We have signed nearly as many deals in the first half of 2016 as we did in all of 2015.”

The momentum has resulted in a record backlog, according to Gelfond, which includes a 40-theater full revenue-share agreement with Guangzhou JinYi Media Corporation, a 25-theater deal with AMC Theaters and more multi-theater agreements with other exhibition partners, which “improves visibility into installations and ultimately revenue over the next several years.”

The big-screen company’s revenue growth in Q1 was as large as its screens, when IMAX reported a 48 percent year-over-year sales increase, thanks primarily to strong box office figures.

IMAX hauled in $92.1 million at its top line in the first quarter of this year, up nearly $30 million from Q1 2015’s $62.1 million take, and blew away Wall Street’s sales figure for the most recent three-month period — thanks to “Deadpool” and “Batman v Superman.”

Comic-Con 2016 is upon us, so TheWrap has compiled a list of the biggest and best panels that you shouldn't miss when you wing your way to San Diego.