What do a bunch of guys who once pretended to go into child labor, a karaoke-loving late-night host, an Emmy-winning screenwriter and a handful of tech CEOs have in common?

They’re all shaking up the way content is consumed and distributed in Hollywood, and they all made The Wrap’s Innovators List 2017.

You can check them out at the Innovators panel at The Grill conference on October 3 at Montage Beverly Hills, an event that brings together the leading voices in the convergence between entertainment, media and technology.

Also Read: Why Wang Jianlin and Wanda's Problems are 'More Political Than Economic'

Dan Altmann is the CEO and co-founder of WeBuyGold, a social-video network pioneering new ways to tell stories with the world’s most popular and emerging music talent.

The London-born host of CBS’ “The Late Late Show With James Corden,” also started the wildly popular “Carpool Karaoke,” which is now a web series on Apple Music as well as a segment on his weeknight talk show.

Corden and the “Late Late” team have prioritized segments that will perform well online, helping to revolutionize the way late night shows are consumed.

Raze is a digital platform and premium production company making cutting-edge, high-quality content focusing on the voices and perspectives of Latinos whose stories are too often overlooked or underappreciated.

Mitch Lowe has 30 years in the movie industry , including serving as president and COO of Redbox. But as CEO of MoviePass, the nation’s premier movie-theater subscription service, he has shaken the industry with his plan to disrupt the moviegoing experience.

This summer, MoviePass shook up the exhibition industry by announcing plans to allow movie buffs to attend up to one movie per day for a fixed subscription fee of $9.95 per month — an idea that some of the major cinema chains see as an almost existential threat to their business models

The service, now accepted at more than 91 percent of theaters across the United States, is the nation’s largest theater network.

Also Read: At TheGrill 2017, A Tipping Point: Tech Platforms Have Arrived on the Shores of Content

Rick Famuyiwa, the Nigerian-American writer-director of the 2015 indie standout “Dope” and the upcoming Showtime movie “The Chi,” agreed to serve as one of five A-list mentors for young filmmakers as part of AT&T’s Hello Labs.

The mentorship program, the brainchild of Fullscreen’s Billy Parks and AT&T’s Karyn Spencer, allows five aspiring filmmakers from diverse backgrounds to create short films that will debut this December on DirecTV Now.

Spencer was a talent agent in Hollywood before joining Ashton Kutcher to build Katalyst, a production company for film, TV and digital media. Now as the VP of Creator Lab at AT&T, she leads talent partnerships with digital creators and traditional celebrities.

6. Lena Waithe, Writer, “Master of None”

Actress-writer Lena Waithe is one of Hollywood’s most promising up-and-coming talents, who continues to grow her body of work with diversity, charisma and comedy.

The first African-American woman to be nominated — and win — the Emmy for Outstanding Writing in a Comedy Series, for the poignant “Thanksgiving” episode of Netflix’s “Master of None.”

The episode focuses on Waithe’s onscreen character, Denise, and her experience coming out to herself and her family through the lens of the Thanksgiving holiday over three decades. Directed by Melina Matsoukas, the episode upended tradition — and proved the wisdom of creator Aziz Ansari’s decision to reconcieve Denise as a queer black woman instead of the straight, Caucasian female he had initially envisioned.

Maxam, co-founder and CEO of Emagispace, is gifted in recognizing the rapidly changing behaviors and needs of consumers and inventing disruptive solutions to address those opportunities.

He has directed, written, or produced over 3,500 hours of television on CBS, NBC, Disney and Nick-at- Nite — and grew frustrated with the time, cost and storage needs of traditional set construction, and the environmental waste when they were ultimately scrapped.

So the Emmy winner founded a company whose patented EmagiBlock platform greatly reduces the cost, money and time required for interior construction. And his system is applicable for non-Hollywood industries that have a need for flexible, reusable interiors: from commercial office space, to retail, art galleries and more.

Tubi TV is an online TV subscription service that doesn’t require credit cards or subscription fees that grew out of adRise, a service launched in 2014 by  University of California, Berkeley, graduate, Massoudi.

The service, which relies on advertising revenues so consumers don’t have to pay for video content, has attracted partners including Lionsgate, MGM, Paramount Pictures and Starz, that have boosted its catalog to 50,000 rotating titles.

Also Read: TheGrill 2017: Why VR Is Hard to Monetize

The group’s videos  have reached 1 billion views across their social media platforms. Now in their ninth season, they have more than two million Facebook followers, and their most recognizable video, “The Try Guys Try Labor Pain Simulation,” has more than 26 million views.

They’re known for taking on outrageous and silly situations, and write, produce, shoot and direct all of their own videos. 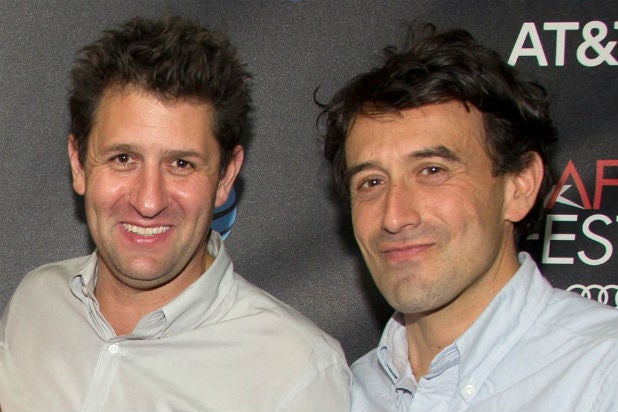 In its five years of existence, the New York-based indie studio A24 — founded by David Fenkel, Jon Hodges and Daniel Katz — has made a major impact on the film and TV scene.

Most recently, the company scored a three Oscars for Barry Jenkins’ lyrical drama “Moonlight” — including Best Picture in an envelope-swapping surprise. The film also won a record-breaking six Independent Spirit Awards and a Golden Globe for Best Picture – Drama.