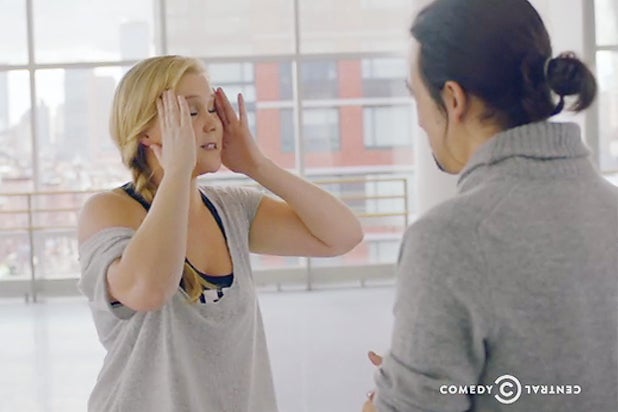 Amy Schumer is the latest star to get swept up in “Hamilton”-fever, and she recruited the Broadway musical’s creator, writer and star to help her with a sketch for the upcoming season of “Inside Amy Schumer.”

This sneak peek at the Comedy Central sketch series shows Schumer inviting Lin-Manuel Miranda over under the false pretense of putting him on her show, but really, she’s there to show him a musical she’s come up with that’s “Hamilton”-esque.

“How hard can it be to write a hip-hopera about historical wig-and-knee-sock people?” she asks him, before launching into highlights from “Betsy Ross,” about the famous flag maker.

Some of the lyrics include, “How does a woman who does not know how to sew learn to sew and go on to sew?” The show borrows heavily from not only “Hamilton,” but Taylor Swift, Rihanna and Nelly.

And of course, Betsy has a nemesis, whose name is Karen Hurr (not like Aaron Burr), played by the sketch’s writer and Schumer’s sister, Kim Caramele.