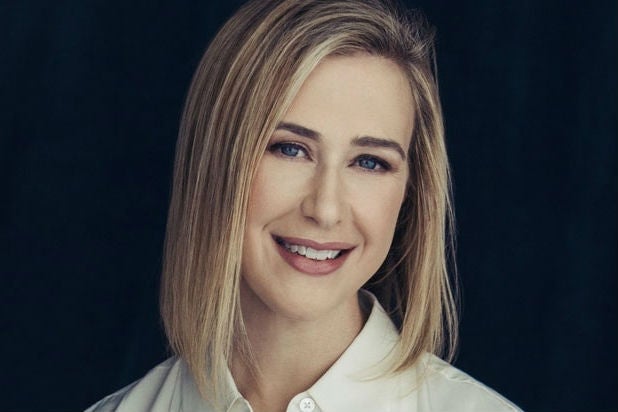 Paramount Television President Amy Powell had earned a reputation as a rogue operator long before her abrupt dismissal on Thursday over racially charged comments, which studio CEO Jim Gianopulos deemed “inconsistent with our company’s values,” according to multiple individuals familiar with the matter.

A rare holdover from the regime of late Paramount CEO Brad Grey, Powell was known as aggressively independent within the studio, the individuals said. She succeeded despite widespread unpopularity and a tendency to act without consulting her boss, the insiders added.

After 14 years at the studio, the last five as president of the TV division, she was vanquished over her response to a tweet. Specifically, insiders familiar with her firing said the executive made insensitive remarks about black women and anger during a recent conference call about an upcoming TV show based on the 1996 movie “The First Wives Club.”

Three other people were on the call, including an assistant to another Paramount executive who reported Powell’s remarks to human resources, two individuals said.

A Thursday memo from Gianopulos said the studio conducted an investigation over several days and decided to terminate Powell’s employment over “comments made … in a professional setting, which [other participants] believed were inconsistent with our company’s values.”

Powell has denied that she “made insensitive comments in a professional setting — or in any setting” and said she would be vindicated. Paramount and Powell both would not comment beyond their public statements on Thursday.

Powell’s exact remarks on the call have not been disclosed but individuals familiar with her firing said they concerned a tweet from Tracy Oliver, who is showrunner on the “First Wives Club” reboot and also screenwriter of last summer’s Sony hit “Girls Trip.”

“Had a moment today that really pointed out why we need representation across the board. A black female voice doesn’t matter if the decision makers don’t understand nor even want to understand what you’re saying,” Oliver tweeted vaguely in late June.

While the “moment” Oliver refers to did not specifically involve Powell, one insider said, Powell remarked about anger specific to black women while on the conference call discussing the tweet.

In response to Powell’s comments and subsequent firing, Gianopulos said he wants to continue conversations about inclusion and respect throughout the company. Paramount COO Andrew Gumpert is handling day-to-day business in the TV division until a permanent replacement for Powell is named.

Powell was known to be an aggressive and digitally savvy leader who survived two regimes at parent company Viacom under both ousted Philippe Dauman and current leader Bob Bakish. She was also regarded as a favorite of Gianopulos’ predecessor as studio chairman, Brad Grey, who died suddenly in May 2017 at age 59.

While Gianopulos was considered supportive of Powell’s work, two insiders said she did not prioritize cozying up to him and his new stable of executives (some from his days at Fox). She also broke rank in accepting highly visible speaking engagements on behalf of the studio without Gianopulos’ blessing, one insider said.

According to at least three insiders on the lot, Powell was not widely liked but was appreciated as effective.

Powell is essentially the last prominent executive from the Grey era — and one of the few prominent female executives. Longtime marketing honcho Megan Colligan left last November after accusing the studio of gender bias. She was replaced by David Sameth.