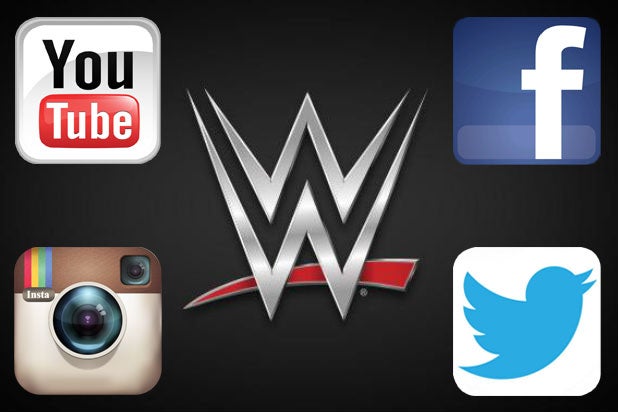 WWE may not get much respect as a sport but there’s no denying that it has emerged as a social media powerhouse with over half a billion followers across all of its accounts.

WWE Superstar John Cena is now the No. 1 most followed active American athlete on Facebook with more than 38 million likes at the time of this publishing. WWE’s YouTube channel has received nearly 5 billion video views in the past year alone — putting it ahead of the NBA, MLB, NFL, NHL, ESPN and NASCAR.

“We’re listening to our fans and creating content that they want on a platform that they want,” WWE senior vice president of digital and social content Jayar Donlan told TheWrap. “And we’re creating that authentic experience where you’re getting to see backstage content with our Superstars — seeing them in their personal lives — it really extends the WWE brand.”

WWE is also leading the way in integrating social media into its on-air storylines.

The company recently harnessed the fan base of “Arrow” star Stephen Amell (and his 1.06 million Twitter followers) when the actor feuded online with wrestler Stardust (400,000 followers), a spat that escalated into an on-air confrontation last month on “Raw” and a tag-team match at the annual “SummerSlam” pay-per-view event.

“There are really three tenets to our social media strategy: engagement, authenticity and timing,” Donlan said. “Timing is everything.”

Of course, it also helps that the WWE’s conflict-based plotting and striking visuals are uniquely suited to social media. You probably won’t be seeing characters on “CSI” spark a Twitter fight that bleeds into an upcoming episode.

Still, the company’s digital strategy has drawn widespread praise. “The WWE’s strategy is definitely above average when it comes to companies of their size,” Nick Cicero, CEO of influencer marketing firm Delmondo and strategist at BRaVe Ventures, told TheWrap. “They’re truly character-driven, and one of the best things they’ve done is taken active participation in growing the social communities around each wrestler.”

The strategy yields results in two ways. “It makes them smart not only for building portable audiences to come watch their paid content, but also because they’re developing new celebrities for future engagements,” Cicero said.

WWE has also been quick to adopt new social media platforms. On Instagram, WWE has grown from 1 million followers last year to 25 million, an increase of 2,955 percent.

The company recently partnered with live-streaming app Periscope as part of its “Tough Enough” reality series. Fans could follow competitors live during training sessions on daily streams. Judges Chris Jericho and Daniel Bryan also made guest appearances on the show’s official Periscope account, along with other WWE Superstars and Divas.

“We want to be everywhere,” Donlan said. “If our fans are there, we want to be there and give them an experience worthy of their passion. If new stuff comes out and it reaches that critical mass, you’re going to see WWE participating in it.”

“With a large audience comes opportunity to try out new mediums,” Cicero said. “The WWE has the ability to experiment with so many things, and they definitely do try as many new platforms as they can. Having a large social distribution also helps them use their content to build a subscriber base on platforms like email, mobile apps and other more direct channels.”