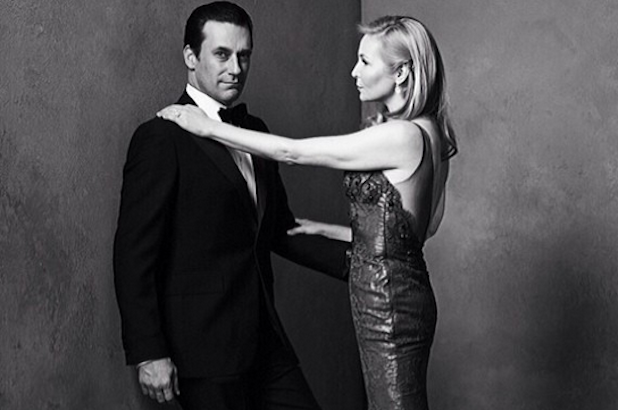 Jon Hamm, Naomi Watts and Kerry Washington were just a few of the guests at the Vanity Far Oscar Party to stop by a studio the venerable magazine staged in partnership with Instagram, the popular photo sharing app. Mark Seliger, a photographer who has shot for Rolling Stone, GQ and Sunday night’s host, took portraits of guests throughout the night.

“We’re aiming to capture a little of the glamour of Oscar night in a timeless yet modern and accessible way,” Seliger said in a statement about the project.

Few parties convey glamour better than Vanity Fair’s annual soiree, which the New York Times recently described as “a carnival of glitter and ambition” to which an “invitation has become a benediction of sorts.”