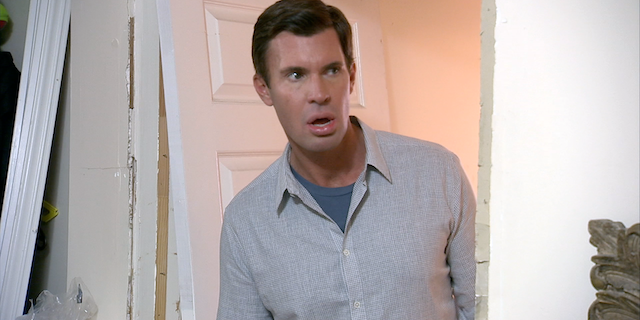 If you thought Season 1 of Bravo's "Interior Therapy" was off the wall, its star says the Jeff Lewis light didn't shine as bright as he would've wanted.

"I think in an effort to try to make sure they had everything they needed, they really kind of overproduced me and they put me on a tight leash," Lewis told TheWrap of the show's first season. "And then I said, 'See?' I mean, yeah, it’s a decent show but it could be better. And then they took the leash off."

If you're familiar with Lewis on his flagship show for Bravo, "Flipping Out," then you know what he's capable of when left to his own devices. Lewis holds very little in, has a talent for finding then pushing buttons on those around him and loves to get into some mischief.

On "Interior Therapy," Lewis and his team, including assistant Jenni Pulos and housekeeper Zoila Chavez, take their show on the road. They take over a family's home for a week or so, not only making over the clients' home but also throwing in some tough love therapy while they're at it.

"I feel like this season of 'Interior Therapy' is more like 'Flipping Out 'and I think it’s so rich. It’s funny, it’s emotional, it’s dramatic," he said. "We’ve got some really, really, good, crazy families and it made for excellent television."

"But sometimes, you know these network executives, they really, they don’t trust. And they don’t let you do your thing. And it was shocking to me, especially after six seasons of 'Flipping Out,' and delivering season after season, and keeping it all like so loose, and then trying to put me in a box, and it didn’t work. So the second season, I’m going to tell you, I think it’s 20 times better than the first. I’ll tell you, I was not happy with the first season," he continued.

On the Season 2 premiere, airing Tuesday at 9/8c, Lewis works with the "worst f-kin' client imaginable." Watch our exclusive preview below: