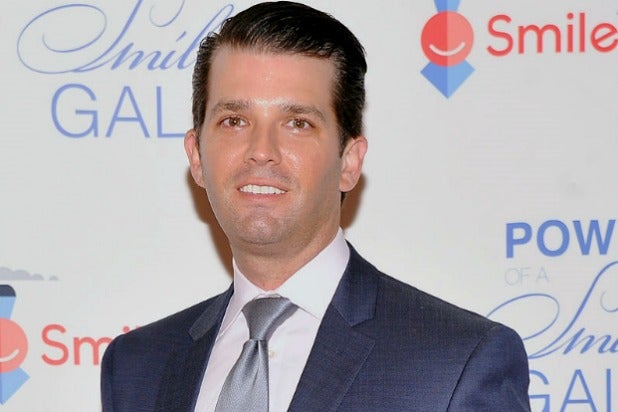 Donald Trump Jr. took to Twitter on Friday intending to mock liberals about the FCC’s repeal of net neutrality. The web regulation preventing internet providers from charging for faster broadband speed was repealed yesterday by the FCC in a partisan 3-2 vote.

“I would pay good money to see all those people complaining about Obama’s FCC chairman voting to repeal #NetNeutality actually explain it in detail. I’d also bet most hadn’t heard of it before this week. #outrage,” tweeted Trump Jr.

I would pay good money to see all those people complaining about Obama’s FCC chairman voting to repeal #NetNeutality actually explain it in detail. I’d also bet most hadn’t heard of it before this week. #outrage

Unfortunately for Trump Jr., the burn was fake news.

While FCC chairman Ajit Pai was first appointed to the commission by President Obama in 2012, he was nominated by President Trump to lead the body in 2017.

With the debate over net neutrality dividing the internet, partisans and Trump haters took him to task.

Donald Trump Jr., Ted Cruz & Ajit Pai have posted arrogant public disdain for those who stood for #NetNeutrality. Trump Jr didn't manage to spell Neutrality correctly… but don't let that overshadow that people who are supposed to serve the people are publicly looking down on us

Respectfully, it’s spelled ‘neutrality’. While you may not understand the issue, we do, and we do not want you to tamper with the internet

@AjitPaiFCC was appointed BY YOUR DAD, you ignorant, mouth-breather ninny.

I mean this tweet should be deleted by now. Since it’s not true and all.

Are you the dumbest Trump? Your Dad appointed the FCC chairman that voted to do this. The #outrage is how clueless you are. #TrumpChump #LockDonJrUp #TrumpRussia #SexualPredatorTrump @funder @maddow @Rosie @Lawrence @KeithOlbermann @TeaPainUSA @PalmerReport

What Jr. just said is one of the most insanely idiotic things ever heard. At no point in his rambling, incoherent response is he even close to a rational thought. Everyone is now dumber for having read it. May God have mercy on his soul. pic.twitter.com/zT2xYC9oEf

Hey Tater Tot! Your Dad appointed head of FCC. I explained #outrage of repealing net neutrality in previous tweet. No pictures, but I think you MIGHT be able to understand.