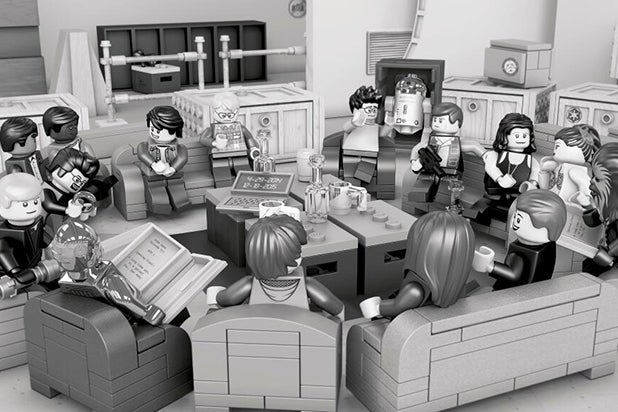 Perhaps as a hint on what to look forward to in toyland, LEGO has shared a now-famous photo of the new “Star Wars: Episode VII” cast — as LEGO minifigs.

Cast members Oscar Isaac, Andy Serkis, Mark Hamill, John Boyega, Adam Driver, Harrison Ford and Daisy Ridley, as well as director J.J. Abrams and producers Bryan Burk and Kathleen Kennedy, have all been immortalized as Legos in the new photo, but poor Peter Mayhew and Anthony Daniels have been replaced by their onscreen personas, Chewbacca and C-3PO, respectively.

To be fair, Hamill, Fisher and Ford all appear to be in their Luke, Leia and Han costumes as well, but at least they still get to look like themselves. And it’s not like we know who anyone else is playing, so LEGO couldn’t very well put anyone else into character.