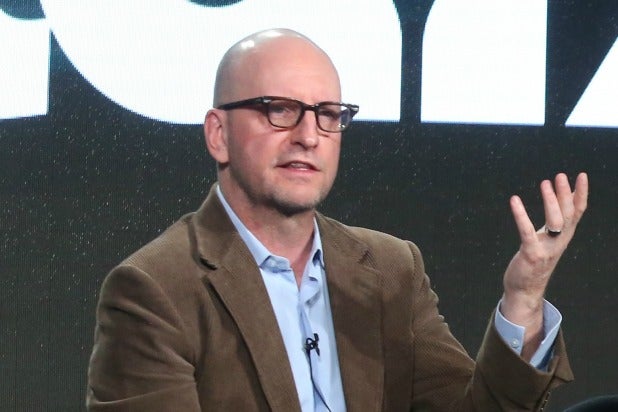 The iPhone just got a a ringing endorsement from one of Hollywood’s top directors.

Steven Soderbergh shot his upcoming thriller, “Unsane,” exclusively on an iPhone — and he’s more than happy with the results.

“People forget, this is a 4k capture,” Soderbergh told IndieWire. “I’ve seen it 40 feet tall. It looks like velvet. This is a game changer to me.”

When asked if he’d exclusively shoot with his iPhone moving forward, Soderbergh said he’d need a “pretty good reason not to be thinking about that.”

“I think this is the future,” Soderbergh continued. “Anybody going to see this movie who has no idea of the backstory to the production will have no idea this was shot on the phone. That’s not part of the conceit.”

Prior to his newfound love for Apple, the man behind “Ocean’s Eleven” and “Magic Mike” had preferred the upscale RED cameras. Soderbergh’s endorsement gives those not-subtle “shot on iPhone” billboards an extra punch, but he’s not the first filmmaker to make the leap. 2015 Sundance hit “Tangerine” was shot on an iPhone 5S, and “Searching for Sugarman” won an Oscar for Best Documentary in 2013 with scenes recorded on an iPhone.

If you’re looking see if “Unsane” does indeed look like “velvet” on the silver screen, it’s coming out on March 23.

Maggie Gyllenhaal and Martha Wainwright (Rufus' sister) sang "Papa Was a Rodeo" together on Saturday at a party for the Autograph Collection Hotels & The Black List. “I need one more drink of tequila,” she said after admitting, “my brother and I sometimes try to figure out the harmonies that [Martha] and her brother sing on some of her albums.”

Also Read: Maggie Gyllenhaal Teeters at Edge of Art and Madness as ‘The Kindergarten Teacher’