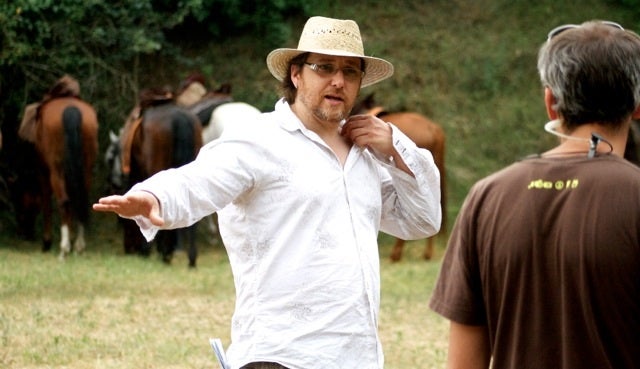 Thunder Road Pictures has acquired Declan O’Dwyer’s spec script “Broken Cove,” and is just starting to reach out to Irish actors to star in the crime thriller, according to Thunder Road chief Basil Iwanyk.

Iwanyk used discretionary money to acquire the project, which he bought from Energy Independent’s Brooklyn Weaver in a deal broekred by attorney Jeff Frankel. Both of them will produce. “It’s going to be a small Irish movie, but it’s one of the best scripts I’ve read in a really long time,” Iwanyk (left), producer of "The Town," told TheWrap. “I have a lot of big projects, and this is the one that I’ve gotten the most intense response on from agents."

That response comes in two forms. Some agents are pitching directing and acting clients for the film, which Iwanyk will start to sort through over the weekend. Agents are also swarming O'Dwyer (above), whom Weaver already represents as a management client.

Weaver discovered the Irishman after he uploaded his script to the Black List site as part of a new service in which screenwriters can submit their scripts for review. It is the first international script to get a deal through the service, Black List founder Franklin Leonard told TheWrap.

The crime thriller follows a half-Irish half-British man who lives in London but moves back home after discovering his brother has been killed. Weaver described the darkly comedic film as being written in the tone of “The Departed.” "The movie is a very dark crime revenge story," Weaver (right) told TheWrap. "A guy who comes home to his poverty stricken, crime-ridden town where everyone wants to hide the truth of what happened. And it's whiskey-soaked."

O’Dwyer’s own story may be fit for the big screen, as he only came to writing after years working as a butcher, in a lumber yard and “every shite job imaginable,” as he described it to Weaver in early e-mail exchanges.

He was even a catalog model.

As a kid, he lived with aunts and uncles as his father shuffled in and out of jail, and boxed at a high level before calling it quits due to a broken hand.

“I got divorced at 26 and bullshitted my way into university – got given an Apple computer because I was dyslexic — and learned to type,” he wrote Weaver at the time. “I hate to misquote the Rev. King, but I had a dream – to make movies. Spent too many fucking years sleeping on people’s floors not to.”

If Iwanyk can find the right star, the dream may just come true.