Millionaire Tony Stark isn’t getting caught napping this time around. 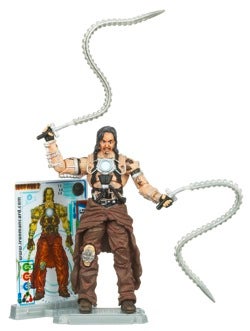 Unlike the first "Iron Man" — which few expected to become the most successful superhero movie after “Spider-Man” for Marvel – the Armored Avenger has already begun rolling out a whole array of merchandising to trade in on the expected success of the Robert Downey Jr.-starring May 7 sequel.
With over a dozen promotional partnerships, there’s a lot of love in the air — and green stuff. All told, merchandising revenues could tally up figures in the hundreds of millions.
On Amazon, there already is an indication of how popular products from the Jon Favreau-directed sequel could be.
“Iron Man 2” already has two of the top 10 products in the site’s Action Figure category. The high-tech Iron Man Deluxe Helmet, with light up eyes and three different battle modes, is at No. 8 and selling for $34. 86.
At No. 4 among Action Figures, No. 233 among all toys and games on Amazon, and No. 1 in the Gears and Weapons category, the slip-on Electronic Repulser Blaster glove promises that for just $15.99, “you can fight for justice just like your favorite metal-clad hero.”
And that’s just the beginning. 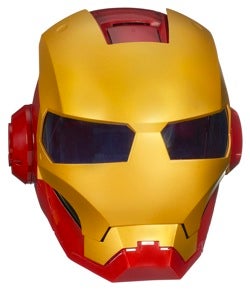 Walmart has designated Iron Man Hot Spots in some 3,200 of its stores across the country and an “Iron Man 2” branded store online. In one of the largest merchandising rollouts it’s ever done, the giant retailer has more than 25 Iron Man products, spokesperson Melissa O’Brien told TheWrap.
When it comes to “Iron Man 2,” Walmart is selling everything from toys and videogames to DVDs, swim trunks and exclusive AC/DC “Shoot to Thrill” T-shirts to tie in with the hard rock band’s soundtrack to the sequel.
A plethora of toys and other merchandising also hit about 1,400 Target stores in April 18. Aside from the usual T-shirts and Hasbro action figures – for Iron Man himself, as well as effigies for his new partner War Machine and bad guy Whiplash – there’s a $33.49 twin comforter set, the $14.09 fleece throw and the educationally inclined games of the $39.9 Learning Laptop. 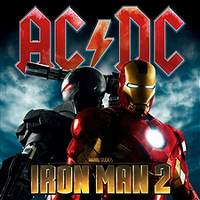 There are “Iron Man 2” products and tie-ins from Reese’s Pieces, Audi cars, 7-Eleven collector’s cups, LG Electronics, Royal Purple motor oil and Oracle software.
Burger King, which provided a pivotal meal for Tony Stark in the first “Iron Man,” is back with a branded sandwich and toys. Joining the franchise for the first time in what is estimated to be an overall $100 million marketing effort for “Iron Man 2,” Dr. Pepper even got itself a cameo in Tony Stark’s lab and Jon Favreau’s Twitter account.
You can even capture both the essence and the odor of the film with the “Iron Man 2” limited edition version of fashion company Diesel’s woody-scented Only the Brave men’s fragrance coming out on May 1.
Then there’s the soundtrack.
“The band is delivering fans supercharged Iron Man-branded music through all our combined consumer touch points,” said Marvel Studio’s chief operating officer Tim Connors earlier this year when the AC/DC soundtrack was announced.
Released on April 19, the all AC/DC soundtrack has already gone No. 1 in the U.K., and U.S. Soundscan sales have the 15-track career retrospective just behind “Glee — The Power of Madonna.”
Rare for these digital times, the sales for the soundtrack, which comes in several versions including a deluxe edition and a Limited Edition version with an AC/DC poster and Iron Man comic, are all in physical form. AC/DC doesn’t permit its music to be sold for download on iTunes or other such online stores.
A videogame is due May 4. 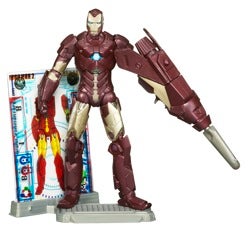 “The promotional partners are willing to run ads earlier and put their products in stores earlier now,” says entertainment marketer Max Goldberg. “You can do that with a tentpole title or a sequel like this, because you don’t have to introduce the characters to the public, and you can do it with Iron Man because it has such wide appeal.”
According to an individual at Marvel, the surprising level of success of the first “Iron Man,” which had a international box office of almost $600 million and sales of just over $160 million on DVD and Blu-ray, allowed the company to develop lucrative new partnerships and expand old ones for the sequel.
“Robert Downey is bigger than ever thanks to ‘Sherlock Holmes,’” an insider close to the sequel told TheWrap of the “Iron Man” star, “and ‘Iron Man’ has pop culture appeal, plus humor and action, which marketers like.”
Of course, the downside is that big box office is not always a sure barometer of merchandising success.
Toys, games and other products from “The Dark Knight” and “Avatar,” which has made more than $1.9 billion worldwide and sold 4 million-plus copies on DVD and Blu-ray when it came out on April 23, failed to connect with consumers.
“You can have overkill, but there hasn’t been anything like ‘Iron Man 2’ in a while,” says marketing strategist Max Goldberg. “Sure, there was “Clash of the Titans,” but it didn’t have anything like the promotional possibilities of ‘Iron Man 2.’ I mean you can’t have a car in ancient Greece — but you can for Tony Stark.”
x
Looks like you're enjoying reading