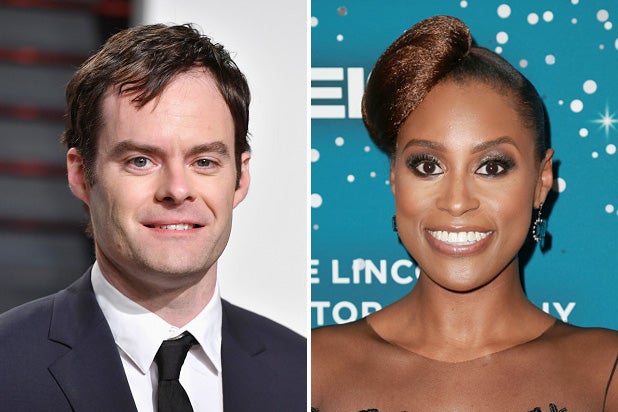 The HBO actress will star opposite Bill Hader in Jesse Andrews’ directorial debut “Empress of Serenity.”

The Good Universe and Mr. Mudd production is an original screenplay from Andrews, who wrote the novel “Me and Earl and the Dying Girl.”

Rae and Hader will star as passengers on a weeks-long “megacruise” — Hader’s Sheldon is trying to win back his ex-wife and placate his widowed father on board with him, and Rae’s Michelle will both help and hurt his ambitions.

Rae is represented by UTA, 3Arts Entertainment and John Meigs at Hansen, Jacobson.

Stephen Chbosky will produce alongside Mr. Mudd’s Lianne Halfon and Russell Smith; the group previously collaborated “The Perks of Being a Wallflower.” Nathan Kahane and Joe Drake of Good Universe will executive produce with Mr. Mudd’s John Malkovich. Erin Westerman is overseeing for Good Universe.

The project is scheduled for an August start.

The last minute title change to Keira Knightley and Mark Ruffalo’s indie “Can a Song Save Your Life?” to “Begin Again” is nothing new. Here are some of Hollywood’s best and worst title changes

Was: Can a Song Save Your Life? Changed to: Begin Again
View In Gallery