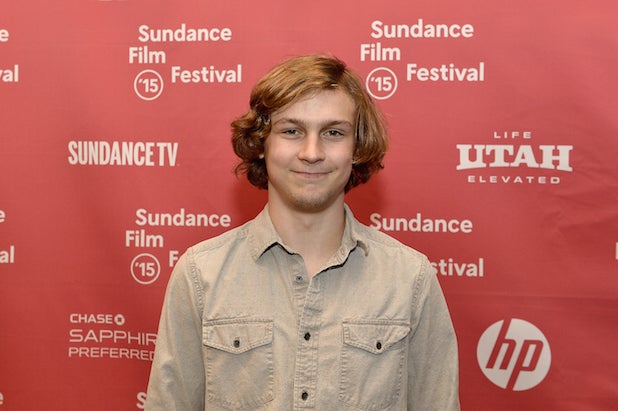 James Caan (“The Godfather”) and “The Stanford Prison Experiment” actors Logan Miller and Keir Gilchrist are set to star in the indie thriller “The Waiting,” which Kasra Karahani will direct for Star Thrower Entertainment, Ball and Chain Productions and Anonymous Content, the companies jointly announced on Monday.

Mysterious events occur in “The Waiting” when two high school filmmakers decide to create the illusion of a haunting on an unsuspecting neighbor.

Farahani has an impressive background in production design and art direction for studio blockbusters including “Avatar,” “Star Trek,” “Alice in Wonderland” and “Thor.” Farahani’s short film “Noon” was optioned within 24 hours of its release by 20th Century Fox and Chernin Entertainment, where it is currently in feature development.

Written by Mark Bianculli and Jeff Richard, “The Waiting” will be produced by Tim White and Trevor White of Star Thrower Entertainment; Giri Tharan of Ball and Chain Productions; Rosalie Swedlin of Anonymous Content; and Elana Barry. Star Thrower’s head of production, Allan Mandelbaum, brought the project in and will also produce.

Star Thrower and Ball and Chain will finance and produce the film with Anonymous Content, which  developed the project and initially set it up at Warner Bros. Production is set to begin this month in Los Angeles.

“Mark and Jeff have crafted an excellent script that seamlessly combines elements of a riveting thriller and fascinating character study. This script, together with Kasra’s elegant vision and our compelling cast, makes ‘The Waiting’ the type of filmmaker and talent driven project ideal for Star Thrower,” Star Thrower co-founders Tim and Trevor White said in a joint statement.

Miller next stars in “Scouts vs. Zombies,” which Paramount will release on Oct. 30. He’s repped by Innovative Artists, Primary Wave Entertainment and the law firm of Hirsch, Wallerstein, Hayum, Matlof and Fishman.

Farahani is represented by UTA and Management 360. Caan is repped by CAA, while “It Follows” star Gilchrist is repped by ICM, Thruline Entertainment and Lichter, Grossman, Nichols, Adler & Feldman.