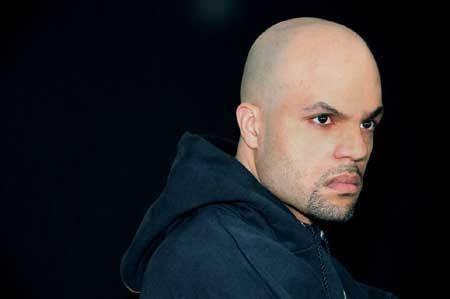 Umeh will appear in at least two episodes of the show, which revolves around ex-champ Patrick "Lights" Leary (Holt McCallany), who’s trying to revive his career in order to support his family. According to FX, Umeh will play Javier Morales, a younger fighter who squares off against Leary in one of his first tune-up fights.

"All My Children" fans may recognize Umeh: He’s appeared nearly two dozen times as a paramedic on the show. The actor started out as a bouncer at New York bars such as Fubar and Jade.

Warren Leight is exec producing "Lights Out" for FX; the series was created by Justin Zackham. Stacey Keach and Catherine McCormack also star in the series, which is now filming in and around New York.

"Lights Out" is expected to debut later this year, most likely in the fall or early winter.