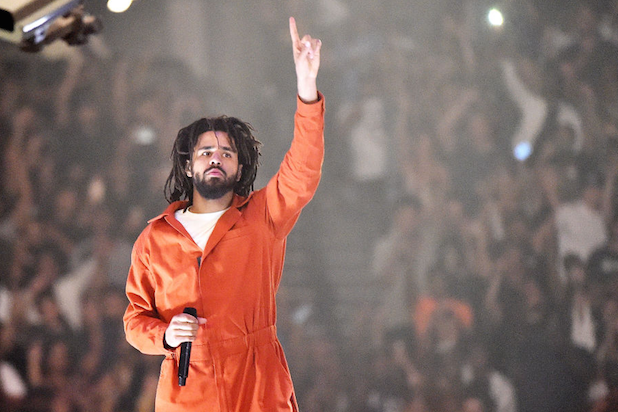 J. Cole just set an Apple Music record, with his latest album, “KOD,” being streamed 64.5 million times in the U.S. in the first 24 hours after its release last Friday, the company told TheWrap. The 32-year-old rapper unseated Drake from the top spot, passing 2016’s “Views” by about 1 million streams.

Spotify, the biggest music streamer in the world, tweeted on Monday morning “KOD” had also set its single-day record in the U.S., with more than 36.5 million streams. On Spotify’s Top 200 songs in the U.S. chart, J. Cole takes up the first 13 spots.

As streaming becomes more ubiquitous on a daily basis, expect to see more of these records fall. Just two weeks ago, Cardi B had the best first-week debut for a female artist in Apple Music’s history. Bettors are probably already circling Kanye West’s new solo album, along with his joint release with Kid Cudi, in early June as the next challenger for the top spot.