The Weinstein Company is developing a J.D. Salinger feature biopic and has handed script duties over to Shane Salermo, whose documentary about the mercurial author expands nationwide Friday.

TWC also announced Wednesday that new material has been added to the already more than two-hour-long docu “Salinger,” including never-before-seen footage of the “Catcher in the Rye” writer and further details about his personal life. The film opened in New York and Los Angeles on Sept. 6, grossing a $22,742 per screen, and expands to 62 cities on Friday.

The feature film will focus on the period in Salinger’s life between his service in World War II and the publishing of “Catcher,” the company said in its Wednesday announcement. Salerno has already signed on to write the screenplay “examining the effects war can have on an artist.” 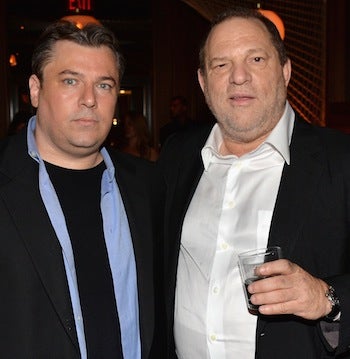 “I’m beyond excited to share more of the fascinating material we discovered in its new special edition, and look forward to continuing my relationship with Harvey and TWC in developing a narrative film about this brilliant, intriguing man,” Salerno said.