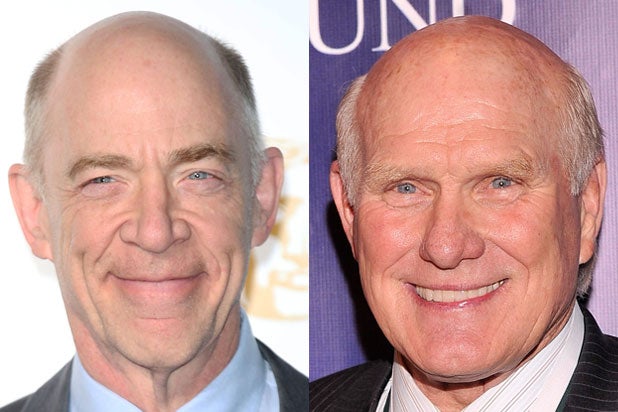 “Bastards” follows two brothers whose eccentric mother raised them to believe their father had died when they were young. When they discover this to be a lie, they set out to find their real father, learning more about their mother than they probably ever wanted to know.

Simmons and Bradshaw, the latter of whom plays himself, join the cast as potential father figures to Wilson and Helms’ characters.

“Bastards” is the directorial debut of veteran cinematographer Larry Sher (“The Hangover” films). Principal photography is set to start in Atlanta and Miami this September. The film will be released by Warner Bros. via Alcon’s output deal.

Alcon is financing “Bastards” and producing with Montecito Picture Company, whose Ivan Reitman, Tom Pollock and Ali Bell will produce along with Johnson and Kosove. Chris Fenton and Chris Coles are executive producing. Justin Malen (“Bad Teacher 2”) wrote the screenplay.

“We are thrilled that Terry Bradshaw and J.K. Simmons are joining the cast. As two of the potential fathers in the film, they both add a perfect comedic touch to an already hilarious script,” Johnson and Kosove said in a joint statement.

Simmons recently won an Oscar for “Whiplash” and co-starred in “Terminator Genisys.” His upcoming projects include WB’s “The Accountant” with Ben Affleck and Lionsgate’s “La La Land,” in which he’ll appear in a cameo for “Whiplash” director Damien Chazelle. Simmons’ previous films include “Juno,” “Spider-Man” and ” Thank You for Smoking.”

Bradshaw is currently an Emmy-winning sports television analyst and co-host of “Fox NFL Sunday.” In addition to his football and broadcasting career, Bradshaw appeared in several feature films including Paramount’s romantic comedy “Failure to Launch.”

Simmons is represented by the Gersh Agency, while Bradshaw is repped by Ira Stahlberger at WME.