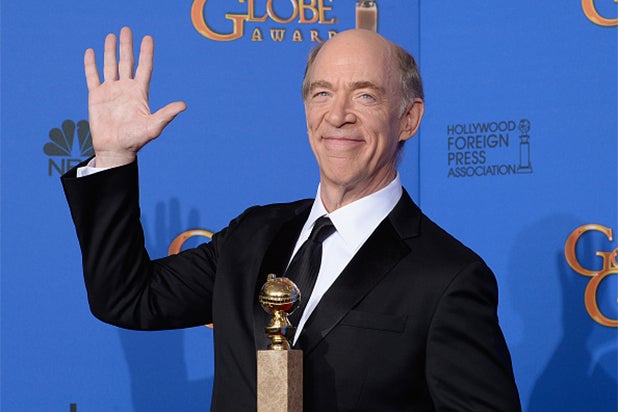 Oscar winner J.K. Simmons has been cast as Commissioner Gordon in WB’s “Justice League,” an individual familiar with the project has told TheWrap.

Simmons’ casting means he will not reprise his role as J. Jonah Jameson in Sony’s latest “Spider-Man” reboot starring Tom Holland, as had been hoped for by fans.

Charles Roven and Deborah Snyder are producing the two-part epic, which was written by Chris Terrio (“Argo”).

Simmons next stars in “The Meddler” with Susan Sarandon and the Ryan Gosling-Emma Stone musical “La La Land,” which reteams the veteran actor with his “Whiplash” director Damien Chazelle. He also co-stars in “The Accountant” with Ben Affleck, “Bastards” with Ed Helms and “The Snowman” with Michael Fassbender.

Simmons can currently be heard voicing one of the animated characters in Disney’s “Zootopia,” and he’ll soon begin filming the Boston Marathon bombing drama “Patriots’ Day” with Mark Wahlberg.

Simmons is represented by the Gersh Agency, and his casting was first reported by THR.