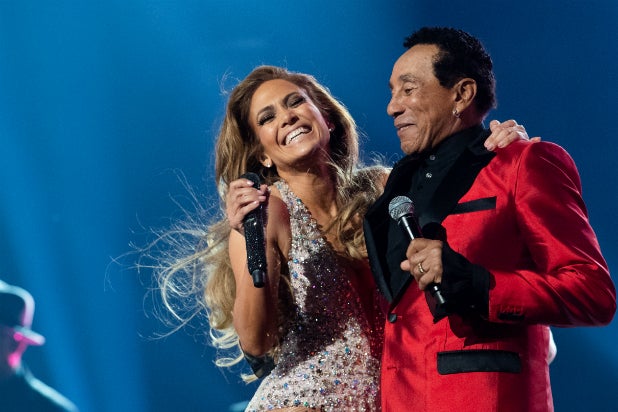 Jennifer Lopez performed a tribute to Motown at the Grammys Sunday night, and a large number of Twitter users were not feeling the choice.

For starters, there was general confusion over why a woman of Puerto Rican descent was selected to highlight the music of (and record label populated by) predominantly black artists. And then there were the backing vocals and the salsa dancing. Neither of those choices went over particularly well with many social media users.

“They really got JLo lip syncing Motown’s finest songs like there’s not 1000 black women with R&B vocals ready for this moment,” a BuzzFeed News host wrote.

“J. Lo had a ghost SINGER, bro,” another verified account posted. “Like, the absolute audacity of everyone who brought that tribute to life.”

Below are a few unfavorable reactions from Twitter’s blue-check community.

Trust us, we could have posted many, many more.

The irony of the very sexy J.Lo Motown revue is that Berry Gordy had the women of Motown tame their sexy so as to not fall into the Jezebel, highly sexed trope which White America places black women in! So they could have NEVER given a performance like that, ladies at all times!

I love JLO but as part of a Motown tribute? Come on

Watching Yolanda, Fantasia, and Andra perform made me even more confused as to why J. Lo did Motown tribute

J. Lo had a ghost SINGER, bro. Like, the absolute audacity of everyone who brought that tribute to life.

I am absolutely baffled. How does J Lo, pop dance queen get tapped to lead a Motown tribute when black women exist?

I am here to trash J, Lo's Motown tribute. It's why I woke up this morning.

This Motown tribute does not make sense… Why? Why? Why? #NoThanks #Grammys #WeDeserveBetter

So yeah, J Lo had a bit of a rough night. Sunday’s awards show on CBS was much kinder to country star Kacey Musgraves and rapper Childish Gambino, who took home four gold gramophones each.

Find the earliest-available Grammys ratings here. The initial Nielsen returns were surprisingly decent — or at least, the show wasn’t as poorly received in panel homes as Lopez’s tribute was among Twitter users. Of course, we’ve already shown that the bar there wasn’t exceedingly high.