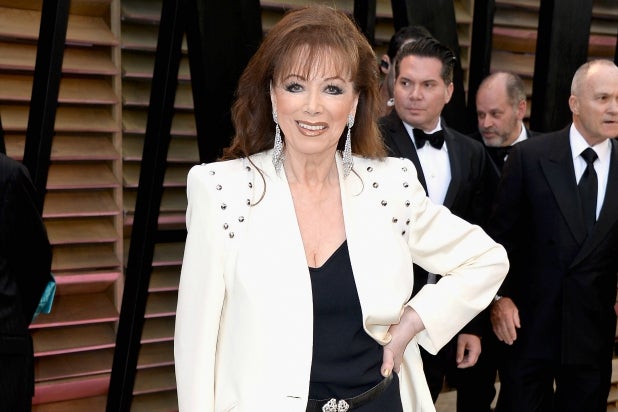 Best-selling author Jackie Collins has passed after a secret battle with breast cancer. She was 77.

“It is with tremendous sadness that we announce the death of our beautiful, dynamic and one of a kind mother, Jackie Collins, who died of breast cancer today,” her family said in a statement issued to People.

“She lived a wonderfully full life and was adored by her family, friends and the millions of readers who she has been entertaining for over 4 decades,” the statement continued. “She was a true inspiration, a trail blazer for women in fiction and a creative force. She will live on through her characters but we already miss her beyond words.”

The prolific romance novelist sold more than 500 million copies of her many books, including June’s “The Santangelos.” Of Collins’ 32 books, an impressive eight have been adapted for TV or film.

Collins, who leaves behind three daughters — Tracy, 54, Tiffany, 48, and Rory, 46 — had been diagnosed with stage 4 breast cancer in 2009. The Hampstead, London, England-born writer had six grandchildren, a brother, Bill, and a famous sister, Joan Collins (“Dynasty”).

Memorial services in both the United States and the United Kingdom will be held privately. The Collins family asks that in lieu of flowers, donations be sent to the Susan G. Komen Breast Cancer Organization (in the U.S.) and Penny Brohn Cancer Care (in the U.K.).