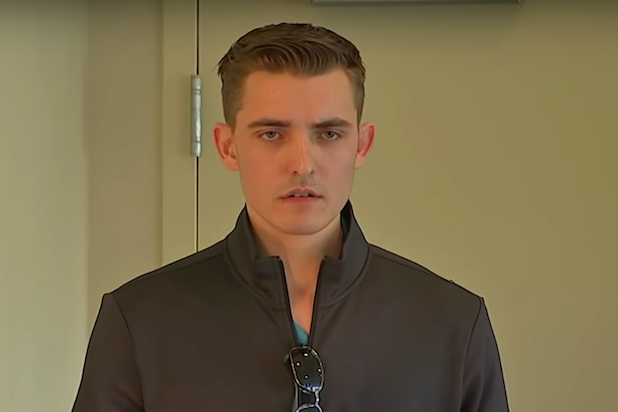 Right-wing provocateur Jacob Wohl escalated a fight with Michael Avenatti by filing an incident report with police after Avenatti said he was “coming after” Wohl.

The incident report came after Avenatti suggested in a tweet Friday that Wohl played a part in Avenatti’s arrest on domestic violence charges. Avenatti, best known for representing Stormy Daniels in her lawsuit against President Trump, suggested that Wohl was also behind baseless accusations against special counsel Robert Mueller.

“First Mueller and now me. When we are fully exonerated I am coming for you Jacob Wohl aka Surefire,” Avenatti wrote, referring to Wohl’s opposition research company.

“Irvine Police officers did respond to Mr. Wohl’s residence in regards to the Twitter post. An incident report was taken. There has been no further action taken as a result of that contact,” a spokesperson for the Irvine police department told TheWrap Monday.

Avenatti has continued tweeting about Wohl, a 20-year-old blogger who says he lives in Irvine.

“I have located someone more dishonest with less of a moral compass and lower standards than Donald Trump. His name is Jacob Wohl. And I am going to make it part of my life’s work to bring him to justice,” Avenatti tweeted on Sunday.

“I promise that you will soon learn the hard way that you are not as smart as you think,” he tweeted Saturday.

In a statement to TheWrap, Wohl denied any involvement in Avenatti’s arrest and said he looked forward to attending the attorney’s court appearance in December.

“I had nothing to do with Avenatti’s arrest. I’ve not been served with any papers. He would be well advised to stop threatening me. He is attempting to deflect blame away from the very serious charge he is facing,” Wohl told TheWrap.

“I have not been charged with anything — Jacob has no idea what he is talking about,” Avenatti told TheWrap after Wohl’s filing. “Jacob is a child and a piece of human garbage. I am looking forward to the FBI and other law enforcement agencies arresting and charging him for his conduct relating to Mueller and me.”

Avenatti was booked on felony domestic violence charges last week, but prosecutors have not, so far, moved forward with any charges.

“A case has not been filed,” a rep for the District Attorney told TheWrap Monday.

On Monday, actress Mareli Miniutti filed for a domestic violence restraining order against Avenatti. Avenatti tweeted Monday evening: “I look forward to a full clearing of my name and disclosure of all of the facts. I have NEVER abused a woman or committed domestic violence against anyone. Any claim to the contrary is completely bogus and fabricated. I am a target. And I will be exonerated.”

Though they promised multiple women would come forward to speak out against Mueller, none did.