The relationship between prescription-addicted celebrities and their Dr. Feelgoods is a time-honored tradition in Hollywood. For these enabling physicians, it’s also been a relatively risk-free proposition, given that the worst punishments have been reprimands from state medical boards and revoked licenses. But as the drugs get deadlier, the act of prescribing them is also getting more risky. 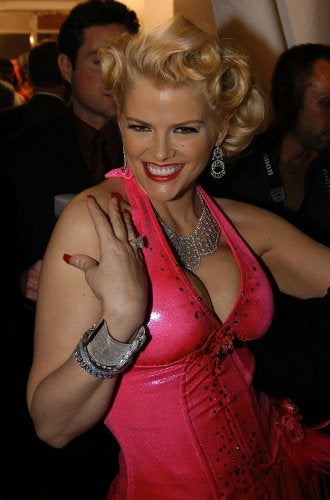 While the cases of Anna Nicole Smith and Michael Jackson seem to follow the classic storyline, the difference now is that prosecutors are pursuing criminal charges — and the state is reacting to their deaths by tightening the oversight mechanism of prescription drugs.

In an interview airing Wednesday, Janet Jackson blames Dr. Conrad Murray for her brother Michael’s death, telling ABC News that the King of Pop’s personal physician should not be allowed to practice medicine.

Anna Nicole Smith’s death had already lit a fire under the issue, prompting the state to take measures that allow doctors to more closely monitor who’s prescribing what to whom.

In March, Attorney General Jerry Brown announced the indictments of Smith’s lawyer/boyfriend and two physicians at a melodramatic news conference, declaring that while Californians may believe drug dealers standing on street corners were bad, it was really “people in white smocks and pharmacies … with their medical degrees who are a growing threat.”

Brown’s news conference may have sounded just a little like part of his stealth campaign for governor, but his office did follow up in September – three months after Jackson’s death –by upgrading the Bureau of Narcotics Enforcement’s system of tracking prescriptions.

The upgraded CURES (Controlled Substance Utilization Review and Evaluation System) now offers doctors instant online monitoring of their patients’ prescriptions so that physicians will know if they are but one stop on a merry-go-round of prescription sources.

Unfortunately, there’s still the problem of how to prosecute those who fill out the slips despite the safeguard.

“The prosecutors are not doctors,” Richards said. “Doctors enjoy a high level of credibility with jurors and there’s a higher burden of proof present — [doctors] have the license to prescribe whatever they want. The state can’t regulate or decide a patient’s level of treatment.”

Richards points out that, by contrast, a street-drug dealer is by definition guilty of a crime, whereas a doctor can usually only be faulted for a misdiagnosis.

After last May’s arraignment of Howard K. Stern and Drs. Sandeep Kapoor and Khristine Eroshevich on charges they had conspired to feed Anna Nicole a diet of painkillers and heavy sedatives, Stern’s combative lawyer, Steven Sadow, told the press his client had trusted the model’s doctors and had seen no red flags in the reams of prescriptions written her for Demerol, Dilaudid, Methadone and a vast inventory of other drugs.

Yet months later, Stern would be quoted in court testimony as having expressed concern for the amounts of drugs consumed by Smith, who died in Florida of an overdose in 2007. The October hearing would also air claims by Smith’s personal doctor, Kapoor, and her psychiatrist, Eroshevich, that they were trying to wean her off some drugs.

That hearing, which resulted in Stern and the doctors being bound over for trial, painted a classic picture of what happens when an irresistible celebrity meets the movable objections of a physician.

Smith, like Jackson, was found to have used multiple prescription aliases with pharmacies. Both Smith and Jackson did so with the connivance of their doctors, highlighting one difference between the celebrity drug abuser and the average one – the clout to get several doctors and pharmacies to do their bidding.

“There is one difference and one difference only,” says Dr. Drew Pinsky, an acknowledged expert on celebrity drug addiction, “between the celebrity addict and the average drug user. Those of us who lead routine lives would be more likely to be confronted at work or by our families much earlier in the problem.”

Dr. James Gagne, a Los Angeles expert in the field of addiction behavior, testified at the Smith hearings about one of the common warning signs that a physician is servicing a star’s rapacious appetite for prescription drugs – the fact that one of them, Kapoor, continued to treat her even after she spurned his recommendation to seek out an addiction-treatment program.

“One needs to do a thorough physical and history examination of a patient,” Gagne later told TheWrap. “Landmines will come out during questioning.”

Gagne was referring to warning signs of a patient’s addictive behavior, but Kapoor’s approach revealed that the doctor had professional landmines of his own:

During the hearings it became clear that the doctor was blinded by the aura of his celebrity patient: One entry from Kapoor’s diary, allowed into the court record, revealed how bedazzled he became during a gay pride parade in which Kapoor rode with Smith in a car through West Hollywood.

“It was mesmerizing watching the crowd wave at us, at Anna and me, up there all buffed out on the car," Kapoor wrote. He then recorded a cuddling session at a night club following the parade: "I was making out with Anna, my patient, blurring the lines.”

Part 2: A history of Hollywood’s Feelgoods — and why they do it.