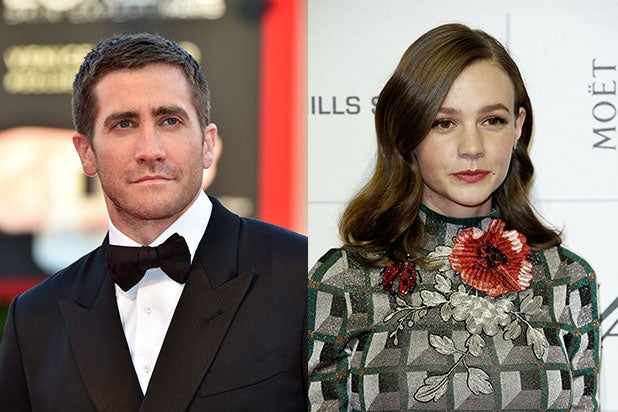 Jake Gyllenhaal and Carey Mulligan are set to star in the Paul Dano-directed film, “Wildlife,” TheWrap has learned.

The movie, based on the Richard Ford novel, tells the story of a boy who watches his parents’ marriage crumble after his mother falls in love with another man.

Production for the picture will begin in early November. It is produced by Andrew Duncan and Alex Saks for June Pictures and Gyllenhaal and Riva Marker for Nine Stories. Oren Moverman, Ann Ruark and Dano will produce as well, while Zoe Kazan and Eddie Vaisman are executive producing.

Kazan and Dano wrote the script for “Wildlife.” This will serve as Dano’s directorial debut.

“In Richard’s book I saw myself and many others,” Dano said in a statement. “I have always wanted to make films — and have always known I would make films about family. I couldn’t be happier to have such beautiful collaborators like Carey and Jake leading the way.”

“Paul is a natural born storyteller — a force,” said June Pictures’ Duncan and Saks. “We are thrilled to collaborate with him and these phenomenal actors to bring his exquisite vision for this film to life.”

Gyllenhaal’s recent credits include “Demolition” and “Everest,” and he will next star in “Nocturnal Animals,” which had its world premiere at the Venice Film Festival at the beginning of September. It is slated for release on November 18.

Mulligan’s recent credits include “Suffragette” and “The Great Gatsby,” and she will next star in “Mudbound” with Garrett Hedlund and Jason Clarke.

WME Global handled the domestic rights to the film.