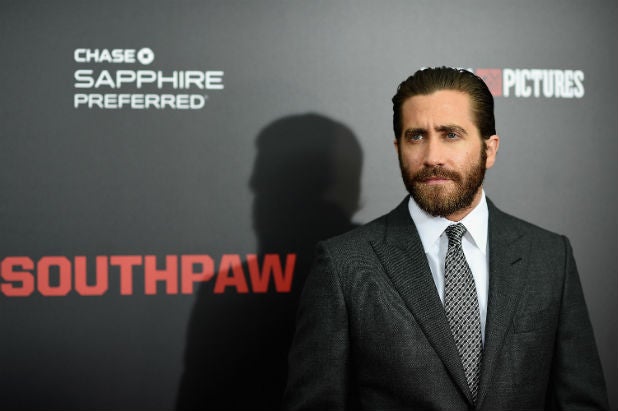 Jake Gyllenhaal has signed a first-look production deal with Bold Films that will build on the success of their creative partnership on “Nightcrawler,” the company’s CEO Gary Michael Walters announced Thursday.

The partnership offers Gyllenhaal the opportunity to acquire and develop new material. Riva Marker is set as production executive for Gyllenhaal’s new company.

“We are thrilled to be back in business with Jake. I truly enjoy our artistic collaboration,” said Bold Films chairman Michel Litvak. “His impeccable taste in projects and deep knowledge of how to make high quality films make him a formidable producer.”

“I admire greatly Jake’s dedication to his craft and support his desire to further explore his voice as a filmmaker,” added Walters. “When we worked with him as a producer on ‘Nightcrawler,’ I was impressed by his commitment not only as an actor but also behind the camera. I’m very confident we can create exciting projects together that will contribute significantly to Bold’s ongoing expansion.”

“Bold Films chooses to tell stories that I love — unflinching yet entertaining,” said Gyllenhaal. “I look forward to making movies that are successful both artistically and financially. That’s what Gary and Michel do. They are nonconformists, who have already proven to be terrific partners on ‘Nightcrawler’ — protecting stories and the artists who tell them.” He added, “Riva Marker is a remarkably talented producer. We are excited to develop material and are determined to surprise.”