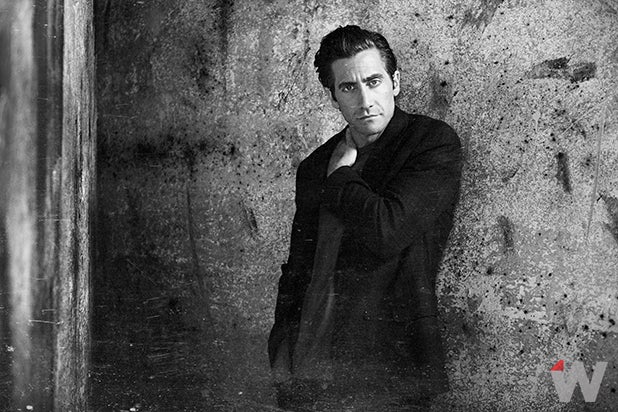 Jake Gyllenhaal will return to Broadway this spring for a revival of Stephen Sondheim‘s musical “Sunday in the Park With George,” the Ambassador Theatre Group announced Tuesday.

Gyllenhaal will re-team with Annaleigh Ashford, with whom he starred in a concert version of the show in October as part of New York City Center’s Encores series.

Sarna Lapine will direct the musical, which features a score by Sondheim and a book by James Lapine.

Performances are set to begin Feb. 11, 2017, ahead of an official openinng on Feb. 23. The limited run, which will play through April 23, will mark the reopening of Broadway’s historic Hudson Theatre on West 44th Street.

This will mark the second major Broadway revival of Sondheim and Lapine’s Pulitzer Prize-winning musical, which follows the French pointillist painter Georges Seurat and the creation of his masterpiece, “A Sunday Afternoon on the Island of La Grande Jatte.”

Consumed by his need to “finish the hat,” Seurat alienates the French bourgeoisie, spurns his fellow artists, and neglects his lover Dot (Ashford), not realizing that his actions will reverberate over the next 100 years.

Gyllenhaal, now on screen in Tom Ford’s Golden Globes nominee “Nocturnal Animals,” made his Broadway debut last year in “Constellations.” Ashford is a Broadway veteran who won a Tony in 2015 for “You Can’t Take It With You.”

“We are absolutely delighted to be welcoming audiences back to the historic Hudson Theater for the first time in almost 50 years with this musical classic,” Mark Cornell, Ambassador Theatre Group’s Chief Executive Officer, said. “Direct from its acclaimed New York City Center production, Sondheim and Lapine’s masterpiece ‘Sunday in the Park With George,’ starring Jake and Annaleigh, is the perfect inaugural offering for this Broadway treasure box.”

“Opening the historic Hudson Theatre with this magnificent show, for me, is about the possibilities — a blank page, the white canvas, a new era for a theater and the great work to come,” Jeanine Tesori, New York City Center Artistic Advisor and producer of the NYCC concert production, continued. “Together, Jake and Annaleigh broke my heart wide open. I am so happy we will be able to see them on stage again.”