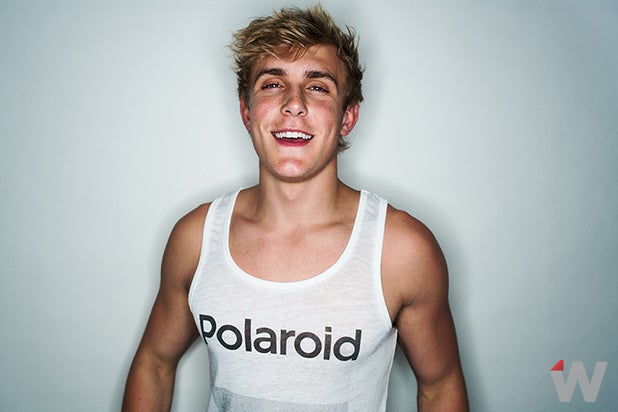 “We’ve mutually agreed that Jake Paul will leave his role on the Disney Channel series ‘Bizaardvark,'” a network spokesperson said in a statement on Saturday. “On behalf of the production company, the cast and crew, we thank Jake for his good work on the TV series for the past 18 months and extend our best wishes to him.”

Paul posted a statement of his own on Twitter that reads in part: “I have outgrown the channel and feel its time to move forward in my career. At this point in time I am wanting to focus more on my personal brand, my YouTube channel, business ventures, growing Team 10 and working on more adult roles.”

Also Read: Jake Paul on Playing an 'Amped Up' Version of Himself on 'Bizaardvark' (Video)

Love you all! Thanks for the support❤️

Paul recently has been appearing on Los Angeles TV stations, but not to showcase his acting talents. According to a report on KTLA 5 News, Paul’s partying at his West Hollywood home has his neighbors fighting mad.

In the KTLA 5 report below, Paul is seen tossing furniture into an empty swimming pool and lighting it on fire, with flames shooting high overhead; jumping on the roof of a news van; and screaming in the streets, surrounded by fans and friends.

“The neighbors hate me,” he said with a smile on camera. When the reporter told him of complaints from the neighbors who said he had turned their street into a circus, Paul laughed and responded, “I mean, but people like going to circuses, right?”

The Los Angeles Police Department told “Inside Edition” that they get about one complaint a day about Paul. According to KTLA, neighbors were planning to meet with West Hollywood Sheriff, Fire Department and City Council officials to discuss a possible class-action public nuisance lawsuit.

Paul, who has 8.5 million followers on Instagram and more than 8.5 million subscribers to his YouTube channel, got his first taste of fame on the now defunct social media app Vine.

He joined the Disney Channel comedy “Bizaardvark,” now in its second season, in May 2016.