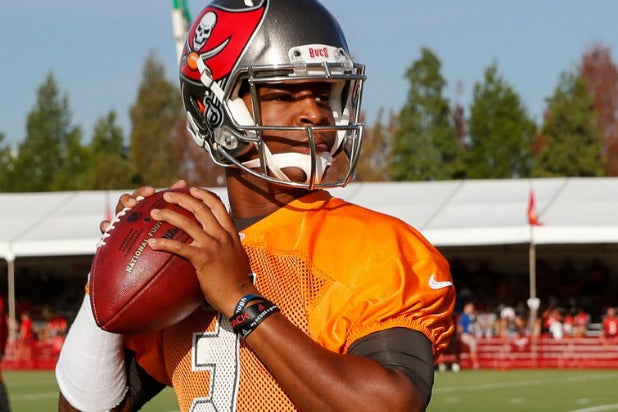 The NFL is looking into a female Uber driver’s claim that Jameis Winston grabbed her crotch in 2016 when the Tampa Bay Buccaneers quarterback was a passenger in her car.

“The allegation was shared with the NFL and we have reached out to Uber to request any information they may have,” a league spokesperson told TheWrap.

At the time of the alleged incident, Winston was a backup quarterback for the Bucs — he’s now the starter and a rising star in the NFL.

Winston, 23, who also denied the accusation through his attorney, posted the following statement Friday on Twitter.

“A news organization has published a story about me regarding an alleged incident involving a female Uber driver from approximately two years ago. The story falsely accuses me of making inappropriate contact with this driver. I believe the driver was confused as to the number of passengers in the car and who was sitting next to her. The accusation is false, and given the nature of the allegation and increased awareness and consideration of these types of matters, I am addressing this false report immediately. At the time of the alleged incident, I denied the allegations to Uber, yet they still decided to suspend my account.”

“I am supportive of the national movement to raise awareness and develop better responses to the concerns of parties who find themselves in these types of situations, but this accusation is false. While I am certain that I did not make any inappropriate contact, I don’t want to engage in a battle with the driver and I regret if my demeanor or presence made her uncomfortable in any way.”

The driver, who spoke with BuzzFeed News and was identified only as “Kate,” said she was hailed to downtown Scottsdale, Arizona, at 2 a.m. on March 13, 2016. Winston, the lone passenger per her recollection, sat in the front passenger seat.

Winston then asked to stop for food. While in line at the Los Betos Mexican Food drive-thru, Winston “reached over and he just grabbed my crotch,” the driver said. He held his hand there for a few seconds before she said, “What’s up with that?”

“He’s an NFL quarterback and I’m 5 ft 6. I’m not prepared for that,” she later explained. “So I completely froze.”

Kate filed a complaint with Uber soon after the ride. Later, Winston was banned from using the service.

The alleged incident occurred nine months before Winston settled a civil lawsuit with a woman who accused him of rape in 2012, when they were both students at FSU. The terms of that settlement were never revealed.

“I did not rape or sexually assault [name redacted],” Winston said back then in a statement as part of an FSU code of conduct hearing. “I did not create a hostile, intimidating or offensive environment in the short period of time that we were together.”