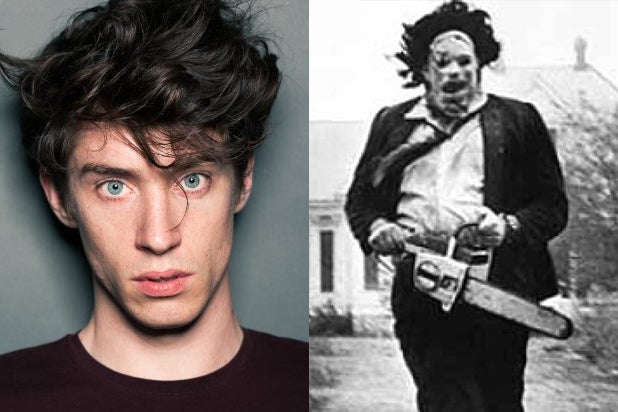 James Bloor is in final negotiations to join Sam Strike in “Leatherface.”

The “Texas Chainsaw Massacre” prequel is presented as a mystery of sorts about three teenage psychopaths, one of whom grows up to be Leatherface.

Bloor will play Ike, a budding young maniac who, like Strike’s character, also grows up to potentially wield the iconic chainsaw.

It’s unclear if there will be multiple actors playing Leatherface or whether we will see the character at different stages of his life in this film.

Julien Maury and Alexandre Bustillo, the French filmmakers behind cult hit “Inside,” are directing the horror movie, which was written by up-and-coming genre scribe Seth M. Sherwood.

Carl Mazzocone is producing “Leatherface” with Christa Campbell and Lati Grobman after they successfully resurrected the “Texas Chainsaw” franchise in 2013. Les Weldon is also a producer on the project, which is being executive produced by Millennium’s Avi Lerner, Trevor Short, Boaz Davidson, John Thompson, Mark Gill and Beth Bruckner O’Brien.

Bloor is a recent Cambridge University graduate whose credits include a “Hansel and Gretel” short film and director/co-writer Klara Hascakova‘s indie drama “The Total Princess,” which is currently in post-production. He is represented by Gersh and Luber Roklin Entertainment.