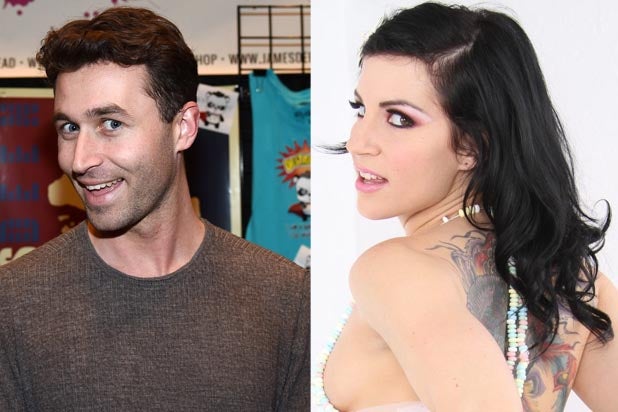 Adult film actress Tori Lux penned an essay for the Daily Beast on Monday, in which she recounted a June 2011 alleged incident, when she says Deen “ruthlessly attacked and degraded” her, “leaving me with mental wounds that took years to heal.”

“I hadn’t even had time to dress myself when (Deen) said, with a smirk on his face, ‘Tori Lux, would you like to sniff my testicles?'” the actress recalled in her graphic essay.

“I replied with a firm ‘No,’ in order to establish my boundary,” she continued, “which James then disregarded by grabbing me by the throat and shoving me down onto a mattress on the floor.”

Lux says Deen then hit her “hard” several times with his palm, before shoving his crotch in her face. The actress says there were witnesses.

Deen denied these and other allegations on Twitter, a defense which is posted at the bottom of this story. His publicist told TheWrap that there is no additional statement.

Stoya claimed on social media Saturday that Deen held her down and sexually assaulted her, but did not reveal when the alleged attack happened. The duo dated in 2013.

“That thing where you log in to the internet for a second and see people idolizing the guy who raped you as a feminist. That thing sucks,” she wrote on Twitter.

“James Deen held me down and fucked me while I said no, stop, used my safe word. I just can’t nod and smile when people bring him up anymore.”

Joanna Angel, another of Deen’s ex-girlfriends, voiced her support for Stoya on Twitter, as well.

Read Deen’s response to the allegations below:

I want to assure my friends, fans and colleagues that these allegations are both false and defamatory — James Deen (@JamesDeen) November 30, 2015