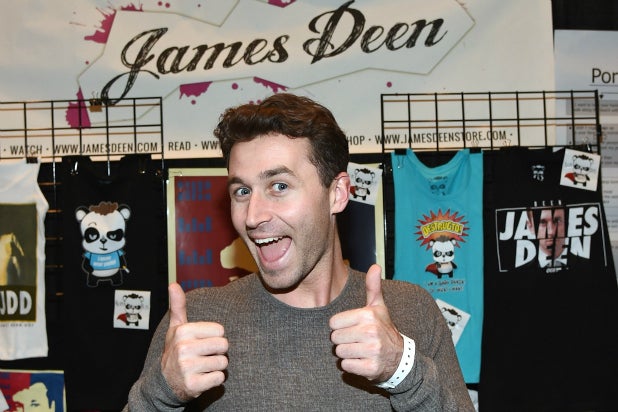 at the 2015 AVN Adult Entertainment Expo at The Joint inside the Hard Rock Hotel & Casino on January 22, 2015 in Las Vegas, Nevada.

James Deen probably wishes he had tempered his social-media sense of humor a bit right about now.

On Valentine’s Day 2011, Deen offered a twisted take on the holiday, tweeting, “Do they make candy hearts that say ‘rape me’???”

Feb. 2011 also found Deen tweeting, “I’m going to get off this plane and go rape a stuffed animal until it crys!!!!”

Since the accusations came to light, a number of organizations have severed ties with Deen, including Kink.com, Evil Angel, The Frisky — which said it will no longer publish Deen’s sex-advice column WWJDD (What Would James Deen Do) and the Adult Performer Advocacy Committee.

It’s not rape if you yell surprise… then it’s a party RT @danadearmond @JamesDeen it’s ok. You’ll be ass raping them in 6 years.