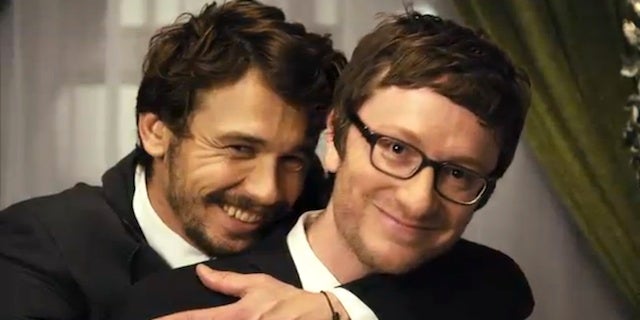 In a new FunnyOrDie video, "The Hangover's" Zach Galifianakis sits down with James Franco in the latest edition of "Between Two Ferns."

But, that's just the first of the major hilarity of the hilarious video. The second arrives when "Saturday Night Live's" Andy Samberg and his The Lonely Island band mates Akiva Schaffer and Jorma Taccone appear as the show's musical guests.

They perform its "Spring Break Anthem," which has a hilarious twist in the song that flashes to the joys of bros getting married.

Watch the video below (and keep a look out for a cameo from Ed Norton).