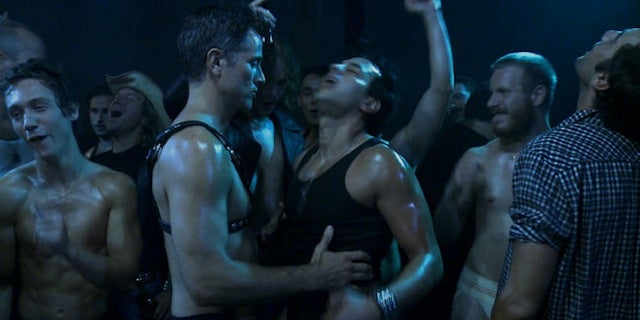 "Interior. Leather Bar" premiered at the Sundance Film Festival earlier this year and went on to screen at the Berlin Film Festival. Strand plans to release the racy movie either later this year or in early 2014.

Inspired by the 1980 thriller "Cruising" starring Al Pacino, "Leather Bar" recreates the 40 minutes of gay S&M footage that is rumored to have been cut from the film by director William Friedkin.

Val Lauren stars as the Pacino character, while Franco and Mathews also appear on camera.

"I am so excited and pleased that this unusual film has found the perfect home. We are so proud of this and happy to be working with Strand Releasing," said Franco.

"Strand has a long history of pioneering queer art films that challenge the norms of the day; we really couldn't ask for a better fit for our film," added Mathews.

“We’re thrilled to be working on this unique project and hope to be able to bring it out to the widest possible audiences via various platforms across the board including theatrical,” said Strand's Marcus Hu.

Deal was negotiated by Hu and Jon Gerrans for Strand Releasing and Jason Ishikawa and Andrew Herwitz for The Film Sales Company on behalf of the filmmakers.