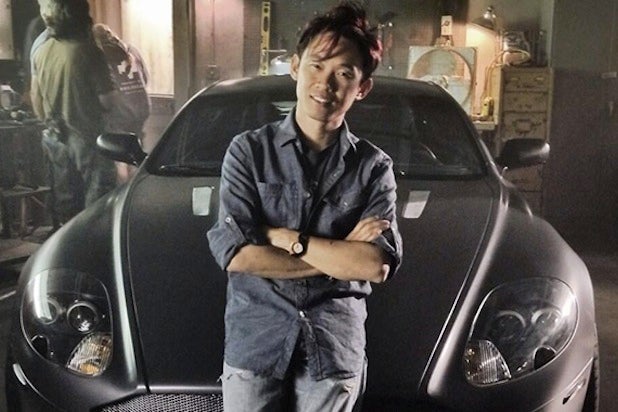 Unless there is another major villain that we don’t know about in “Fast & Furious 7,” it looks like newcomer Jason Statham is driving a black Aston Martin when he’s chasing down Dominic Toretto’s gang next summer.

Director James Wan, who had a stellar summer after directing horror hits “The Conjuring” and “Insidious: Chapter 2,” tweeted a picture of himself in front of a “hot set of wheels” that belong to his “villain.”

Statham is set to play Ian Shaw, the pissed-off brother of Owen Shaw (Luke Evans), who is out for revenge after the events of “Fast & Furious 6.” (Or “Furious 6.” Or was it “Fast 6”? Or does it even matter, as long as one of the two F-words are present?)

Since the last installment of the 12-year-old action franchise made a record amount of cash for Universal last spring, the studio is rushing the seventh movie out on July 11.