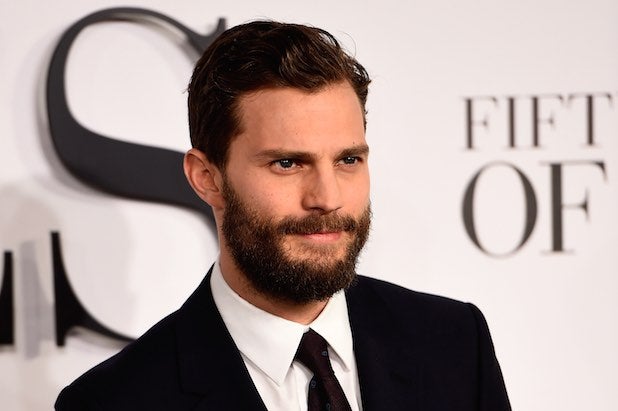 Jamie Dornan is in talks to play Will Scarlet in “Robin Hood: Origins,” TheWrap has learned.

Otto Bathurst (“Peaky Blinders”) is directing from a script by Joby Harold. The film will follow Robin Hood as he returns from the Crusades and puts together a group of outlaws to deal with corruption.

Leonardo DiCaprio and Jennifer Davisson are producing through their Appian Way banner, while Joby Harold and Tory Tunnell will produce through their Safehouse Pictures.

Taron Egerton plays the title role, while Eve Hewson and Jamie Foxx also star. In the books, Scarlet is the half-brother of Robin Hood.

The last film made about the character was Ridley Scott‘s “Robin Hood” in 2010, starring Russell Crowe, Cate Blanchett and William Hurt. That movie was produced for $200 million and grossed $321 million worldwide. Its score on Rotten Tomatoes is 43 percent.

Also Read: 'Fifty Shades of Grey' Sequels to Shoot Back to Back, James Foley to Direct Both (Exclusive)

Dornan will next star in the World War II thriller “Anthropoid” and the film “The 9th Life of Louis Drax.” He recently wrapped production on both “Fifty Shades Darker” and “Fifty Shades Freed,” in which he stars as Christian Grey opposite Dakota Johnson.

He recently starred in “Flying Home” and the TV series “New Worlds” and “The Fall” on BBC.

Dornan is represented by UTA.