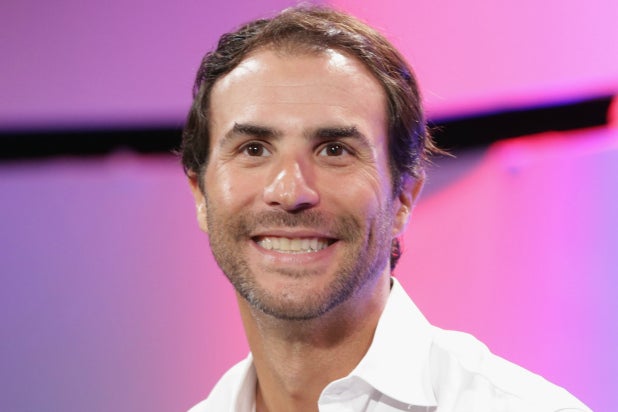 Ben Silverman, the “Jane the Virgin” executive producer who resigned last month as chairman of the IAC-owned premium-content studio Electus, has been named chairman and co-chief executive officer of Propagate Content. There, he will reunite with former partner and longtime collaborator Howard T. Owens, the other co-CEO.

The independent Propagate Content has received an additional round of investment from A+E Networks. Propagate is also expanding its programming slate to span all genres, including the development, production and distribution of premium scripted series, longform and non-scripted content for all platforms worldwide, as well as format creation and distribution that will scale globally.

Propagate has partnered with Will.i.am and Apple on an unscripted series about app developers, marking Apple’s first original television series.

Silverman brings his scripted portfolio to Propagate, including “Isn’t That Rich?,” adapted by Amy Harris from Richard Kirshenbaum’s best-selling book with ABC Studios; and “Red Team,” from the best-selling book for Amazon; as well as a Latin cultural documentary produced with Gina Rodriguez and Morgan Spurlock, plus large unscripted and digital slates.

The joining series will meet up with Propagate’s own slate currently in production, including “Evil Geniuses” (working title), a 10-part anthology series for History exposing the ingenious inventions and diabolical plans behind the world’s most successful crimes; “What The…” (working title), a 10-episode multi-platform factual entertainment series for History that redefines moments in history by providing shareable content in bite-sized form; “My So-Called Simple Life” (working title), a 10-episode reality series for FYI documenting modern-day families seeking happiness in a life off the grid; a provocative new series for Lifetime profiling Vivica A. Fox; and “Animal ER,” an innovative new series following the doctors and stories of one of the busiest animal emergency centers in America for National Geographic Wild.

“As a global media company, A+E Networks’ number one priority is diversifying our content offerings, and investing in Propagate is a key part of this strategy,” Nancy Dubuc, president and chief executive officer of A+E Networks, said. “I have always admired Ben and Howard’s long and lucrative track record of building thriving businesses together. They are two of Hollywood’s most impressive and prolific producers and we are very much looking forward to our successful partnership as they develop and produce multi-platform content for the global marketplace.”

“There is no media leader who sees around corners with more creative clarity than Ben,” Owens added. “His creative and business track records are second to none in the world of TV and Digital Content. Ben’s skill at leading, inspiring, and managing creatives always results in creating companies that are best-in-class worldwide in premium content creation and alternative distribution models.”

“I am thrilled to partner with people who know and understand content, and believe in the transformation taking place in media and technology,” Silverman stated. “I love starting and building companies while at the same time creating and enriching global culture. Howard is a brilliant executive with an incredible work ethic and great taste, and he shares a creative led vision for a global content platform. It is an incredible time for story tellers and we are thrilled to reunite backed by friends who love story telling as much as we do.”

Last month, Silverman left Electus, a company he had founded in July 2009 with Barry Diller‘s IAC. Chris Grant remains as CEO, and Drew Buckley stays on as chief operating officer.