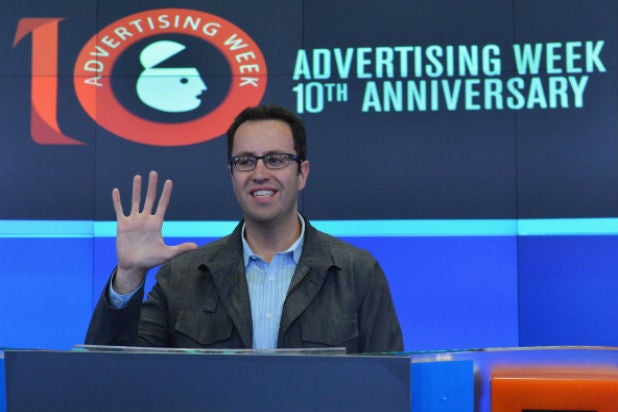 Subway has scrubbed any mention of Jared Fogle from its website and social media accounts after the company spokesman’s home was raided in connection with a child pornography investigation.

The sandwich chain’s website previously featured a link to a page labeled Jared’s Journey, detailing Fogle’s weight loss which he attributed to switching to the “Subway diet.”

The link now takes you to a page with a statement from Subway that reads, “We are shocked about the news & believe it is related to a former Jared Foundation employee. We are monitoring the situation closely.” Likewise, Subway has removed any images of Fogle from its Facebook, Twitter and Instagram accounts. Videos of Fogle can still be accessed on the company’s YouTube channel.

According to court documents, Taylor was exchanging text messages with a woman when he asked her if she would like to see photos of young girls. She immediately called the police, and they found over 400 videos of child pornography. Four of the girls portrayed in the videos were minors.

Fogle started the Jared Foundation as a mission to eliminate child obesity by raising awareness and developing programs for children. Fogle’s commercials went viral after he was employed as an official spokesperson for the sandwich chain’s advertising campaign. He claims to have lost 325 pounds just by eating Subway and exercising.