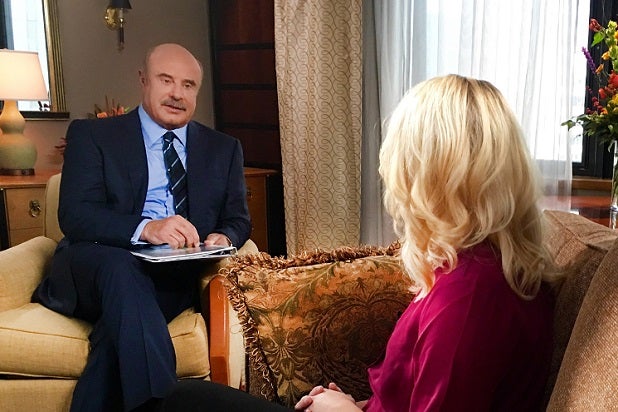 A girl who claims that she was victimized in the Jared Fogle sex scandal says she felt “brainwashed and manipulated” in an episode of “Dr. Phil” scheduled to air Nov. 12.

In the episode, the girl — identified as Analissa — tells host Phil McGraw that Russell Taylor, the former executive director of The Jared Foundation, “had me convinced that when I turned 16 I was going to have sex with him.”

Analissa, now 16, says that she was victimized by Taylor at age 14, after he recorded her with a hidden camera.

Earlier this year, Taylor, admitted to using multiple hidden cameras in his Indianapolis-area residences to produce child pornography involving 12 minors between March 2011 and April 2015, prosecutors said, according to the Associated Press. None of the minors were aware they were being filmed while nude, changing clothes or engaged in other activities.

According to prosecutors, investigators served a search warrant at Taylor’s home on April 29 and found sexually explicit photos and videos that he allegedly produced by secretly filming the minors at this home. Over 400 videos of child pornography in computers, cellular phones and storage media recovered from a home office was discovered at the property.

Taylor also downloaded commercially-produced pornography involving children as young as about six from the Internet, prosecutors claim, and then Fogle gained access to a large amount of the material.

Fogle, the former Subway sandwich spokesman, pleaded guilty in August to receiving and distributing child pornography, as well as engaging in an unlawful sex act with a minor.

As a condition of the plea deal, Fogle agreed to a sentence of no less than five years in prison, and the government will not seek a sentence longer than 12 and a half years. However, a judge could give him a longer sentence. He will also undergo treatment for sexual disorders upon his release and will register as a sex offender.

Fogle is scheduled to be sentenced on Nov. 19 by U.S. District Court judge Tanya Walton Pratt.